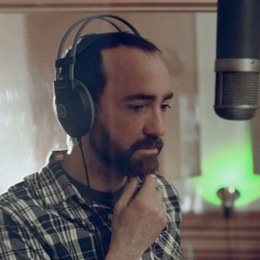 Contrary to popular belief, The Shins are still a band, as evident by today’s unveiling of their contribution to the currently ongoing Levi’s Pioneer Sessions — you know, the same thing that prompted She & Him to cover “Fools Rush In” and Dirty Projectors to tackle Dylan.

As Pitchfork points out, the outfit, which currently consists of frontman/Broken Bell’er James Mercer and guitarist Dave Hernandez along with Modest Mouses’ Joe Plummer on drums and producer Sean Flora playing keyboards, chose to cover Squeeze’s “Goodbye Girl” for its first new piece of music in over two years. And despite Mercer’s recent love affair with Danger Mouse, the end result sounds like something you would expect from The Shins –  three minutes of indie pop bliss.

The song can be downloaded for free here. Below, you’ll find an in-studio video of the band covering the track.

Do be aware though that this song isn’t necessarily a sign of things to come. Mercer is still very much engaged with Broken Bells and, as he told The Quietus earlier this year, he doesn’t expect to reconvene The Shins — at least permanently — until 2011. So make this thing last as long as you can.