Dragonette gets busy this summer, plays with Dan Black 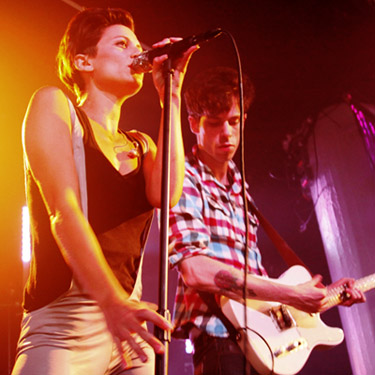 Toronto electropop trio Dragonette sports not only a sexy lead singer in Martina Sorbara, but last year’s best electropop album, at least according to one of our humble writers. Add to that a gig at Lollapalooza, and this band has a lot going for it. The band now also has a tour planned to last throughout the summer. The dates span parts of Canada and the eastern United States, continuing the band’s support of its second studio album Fixin to Thrill, which came out late last year.

The tour hits numerous festivals, beginning July 1st at the Surrey Canada Day Festival. After a couple more Canadian fests, Dragonette makes a Saturday stop at Lollapalooza in August. The band makes its way east from there and plays two shows with Dan Black. The trio hits some more spots in the Northeast, including a show at New York’s Bowery Ballroom and one in the band’s hometown. Heading south, Dragonette plays its last North American date in Atlanta on the 16th. Two European dates are planned — one at Manchester’s Pride Festival to wrap up the month, and the tour closer in Barcelona on September 3rd.

Tickets can be had on Ticketmaster, of course.