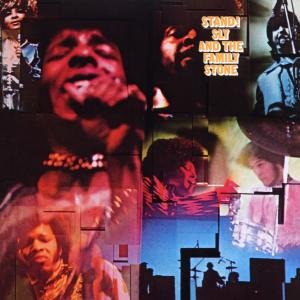 Sly Stone created a terrible spectacle at this year’s Coachella. For those of us that weren’t there, it’s hard to figure out what actually happened. What’s clear is that it was a total, utter, meltdown. Mr. Stone showed up about four hours late, proceeded to ramble about some lawsuit and how he couldn’t afford shoes, laid down on the stage a few times, and didn’t make it through a single song successfully. When the nervous band would start playing, he’d interrupt them and start nonsensically jabbering about the next random topic. In total the “performance” lasted just over a half hour.

Fans knew that his Coachella slot wouldn’t go according to plan, but nobody thought it would be this bad. While some found it funny, others found it disheartening, depressing, and downright miserable. This is a man who many consider a legend – he delivered one of the greatest performances at Woodstock, was friends with Jimi Hendrix, and put out one of the seminal, supreme funk albums of all time. His message was one of unity, hope, and love, his songs overflowed with positivity. So it’s hard to understand how he ended up a reclusive drug casualty.

Sly & the Family Stone released their fourth album, Stand! 41 years prior to the Coachella debacle. Stand! was about as original and ground-breaking as an album can get, it was a harbinger for funk, hip-hop, and soul music to come.

Stand! embraces a range of sounds, opening up with the light-hearted, anthemic title track before launching into the swampy funk of “Don’t Call Me Nigger, Whitey”. Underscoring one of the first uses of the vocoder are the trippy, 4-part vocal arrangements amidst an eerie instrumental build. Without a moment of downtime comes “I Want To Take You Higher”, popularized by it’s placement in their Woodstock set, this track is a revelatory soul-funk-jazz jam where Sly pontificates about mind expansion.

“Sing a Simple Song” follows the formula of funky grooves, finely composed swells, and perfectly placed vocals.  “Everyday People” is hard to appreciate due to its use in various commercials, but it was a number-one hit in its day and contains a positive political message. The epic, 14 minute long “Sex Machine” is the album’s high point. Not to be confused with the James Brown song, this all-instrumental piece kicks hard. It’s a hodge podge of smooth wah-wah licks, a rolling Larry Graham bass line, subtle blues rhythms, and tight, inspired jamming – there’s plenty to chew on here. This song is a reminder that great music can also be a ton of fun. The album closes with the popular and equally notable “You Can Make It If You Try”.

Though Sly & The Family Stone released a couple other fine albums, nothing quite replicated the brilliance of Stand!

It’s important to consider the cultural context of this release to truly understand its significance. 1969 was a tumultuous year all around in American history – the idealism and vision of the ‘60s begun to fade, radical political groups started to dominate revolutionary discourse, alienating the peaceful, flower loving hippies who were turning more and more to hard drugs. The fame resulting from the release of Stand! transformed Stone and the band. With more money and greater access to drugs, Sly crumbled.

Old friends started asking him for handouts. The Black Panthers threatened him to replace the white members of the band. A riot broke out in Chicago following one of their (non) performances. All of this and more contributed to Sly Stone’s downfall. By 1970 he was skipping shows regularly and insulting his audiences. It’s said that he carried around a violin case full of illegal drugs, and commonly experimented with PCP, his terrible addiction to cocaine being the primary catalyst for his current state of existence.

Nonetheless, Sly Stone is a relic from times past, a period of cultural upheaval and musical enlightenment. He represents the underbelly of the 60’s, one of the few who couldn’t escape the dark side of the psychedelic dream. And while it’s easy to focus on the controversies and exploits of Sly Stone, it’s important to remember the remarkable music he’s given us.