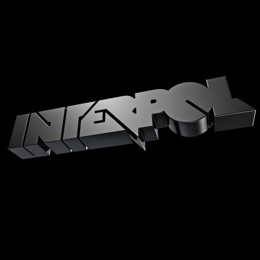 It’s been a tough last few months for fans on Interpol. Sure, there’s a new song, but that came at the cost of a bassist and tour dates. Well, today, Interpol fans, you can turn that frown upside down, because the band has returned with two pieces of long overdue information pertaining to its future.

Firstly, David Pajo has officially been announced as Carlos D’s replacement and yes, he’s totally qualified — his resume includes stints with Slint, Tortoise, Stereolab, Zwan, Bonnie “Prince” Billy, Royal Trux, The For Carnation, and Dead Child. He has also released several solo albums and toured with the Yeah Yeah Yeahs. Yeah, you’re not going to get much better than that, kids.

Now, Pajo will not appear on Interpol’s forthcoming album, as Carlos D did not leave until after its completion. Instead, he’ll make his debut when the band plays its first scheduled 2010 tour date in Buffalo on June 21st. They’ve also announced a bunch more European and UK dates, so check out the complete itinerary below.

Getting back to the aforementioned album, important piece of information #2 is the revelation of the album’s title. It’s called Interpol, just like the name of the band that created it. (Hey, at least you’ll be able to find it in Google). The band has yet to provide any other specifics, such as when we’ll actually get to hear it, but I’m sure that’s coming soon. Update: It’ll be out in mid-September. So, as always, stay tuned.