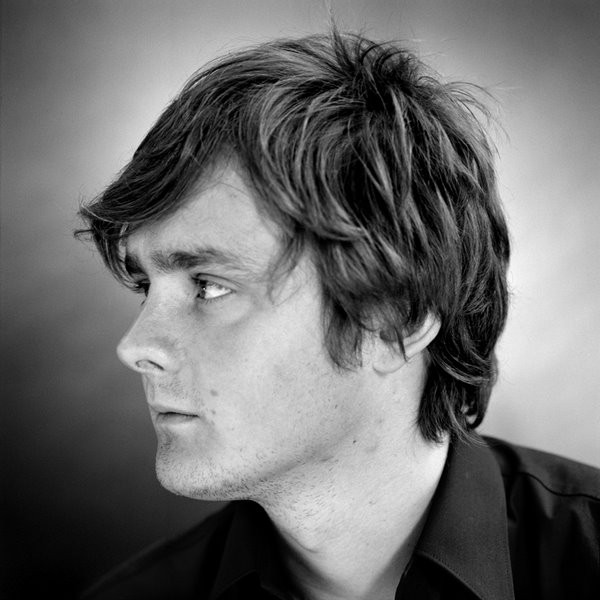 If there’s any band in the world that isn’t afraid of wearing their hearts on their sleeves, it’s Keane. From the worldwide success of “Somewhere Only We Know” to the assorted collection of sounds on 2008’s Perfect Symmetry, the band always followed their creative spirits to take them wherever they led. So far, they’ve led to some pretty nice places recently, including the Q Awards, an arena tour in their home country of the U.K., and now an upcoming tour of forests.

The forest tour comes on the heels of their new album, Night Train.  An EP that ballooned into a full-length project, it features some of the band’s most varied work. It’s also a record of firsts for the group, containing their first album collaboration (with K’naan), co-founder Tim Rice-Oxley’s first lead vocal appearance, and their first major sapling (the Rocky theme). Frontman Tom Chaplin covered all these bases and more as he talked about how Keane’s 2010 is going so far.

How did the Night Train album come about?

We had a couple of songs knocking around since the beginning of last year. We thought we’d like to collaborate with someone so we did two songs, “Looking Back” and “Stop For A Minute” with K’naan last April and we just felt excited by that process. So we continued to work on new songs that we had and it turned something that was a small project into something quite a lot better. It kind of snowballed out of control but in a really great way.

Where did the name Night Train come from?

With any kind of record, you want to sum up the atmosphere of what you’ve done. The way this record was made was very much on the move. We went from city to city on our tour for Perfect Symmetry. Wherever we were, we felt creative and excited by the creative process. One of our favorite ways of traveling was on the night train.  We took a night train quite regularly from London to Berlin. The sense of moving from place to place and the sense of eclecticism seemed to reflect the atmosphere of this mixture of songs.

Can you talk about how “Stop For A Minute” came about and what it was like working with K’naan?

It was a song that Tim had come up with. He had the bare bones and we felt like it would be really interesting to work with someone else on it. We had another song called “Looking Back” at the time and that has a really kind of West Coast vibe.  It’s almost like a Kayne West song.  K’naan is someone we’re massive fans of and his edict is very melodic style of hip-hop. We phoned him up the beginning of last year and said, ‘We’ve got a couple of songs, would you be interested in coming to London and working on them?’ It turns out he was a really big fan of Keane and he jumped at the chance. A few weeks later, we were in the studio and making music with him.

Speaking of “Looking Back,” why’d you guys decide to put a sample of the Rocky theme into the song?

It kind of happened by mistake. Tim was telling me that when he originally started writing that song, he had this riff for it going around in his head. He said, ‘I’ve come up with this amazing riff!’ Once he played it a few times and done a little demo of the song, he realized it was exactly the same as the Rocky riff.  It was a case of mistaken identity.  The song developed out of that. It’s like how many hip-hop artists made their records. They started with a sample or an idea and then turned it into something else.

Night Train seems to be an evolution of the Perfect Symmetry sound with a stronger emphasis on synthesizers.  Is that a direction you’d like to continue pursuing and what drew the band to that sound in the first place?

I don’t really know whether we have a particularly strong idea of how we’re going to go forward. We’re just very open to lots of different ways of working now. One of the good things this record has afforded us is that sense of freedom.  You can be very eclectic, do something very different, and not be afraid. Judging from the reaction, people are very responsive to that kind of thing.

What’s your favorite song off the new album and why?

I think one of my favorites is “Your Love”.  It’s got Tim singing on it which is a first for Keane. We’re pretty excited about that. I think it’s a very sad and powerful song about that sense a lot of people get of clinging on to old romances.  It’s a sense of nostalgia or melancholy about the past. He captures that feeling well. It really resonates with me.

Had we gone into the studio intending to make a full album, I don’t think we would have given Tim the job of singing.  But because of the way we made this record, we just ran out of time to record my vocals for it. The longer we lived with the demo vocal Tim had done for it, the more we liked it. I really love that song and love the spirit in which it came about as well.

Is there anything you would change about the record?

No, I think it’s a really good document of where we are as a band. We feel really confident about trying new things and having an eclectic approach to how we go about making our music. I personally wouldn’t change the EP at all. It’s kind of mad curiosity. It’s got a lot of different ideas. It’s a mad mixture of songs but it seems to work really well as a cohesive thing. I think that variation works well as a great feature of it.

You’re about to embark on a tour of forests in the U.K.  How did the idea for that come about?

It was born out of not wanting to overkill here in the U.K. We did a big arena tour last year. Partly ’cause of the way we made this record and partly because of where we are at the moment, we couldn’t justify doing another big, bombastic arena tour.  We wanted to do something that was a bit more earthy and different. We heard about this circuit of forest tours in the U.K. and a couple of bands had done it before. It’s a magical setting for playing music and for people to hang out, get drunk, and have a good time. We just thought it fit in perfectly with what Keane does as a band.  I really think it’ll be a beautiful setting for listening to music.

What can fans expect from those shows and your upcoming North American tour?

We’re definitely going to be playing a lot of the new songs. We’re pretty excited about them. We feel like we’re constantly developing as a band and that’s really exciting for us. We always aim to surprise people. It’ll be exciting, visceral, and fun. The great thing about Keane shows is that people come with a real desire to let go and immerse themselves in the songs. We’re not ashamed that we’re a very emotive band. People really love to sing their hearts out and let go of their worries.