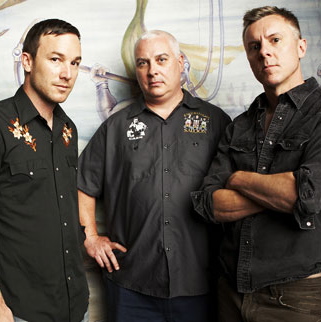 There are at least two “one-hit-wonders” from the mid-90s that play above and beyond their well known singles and deserve far more credit than the receive. The first is Spacehog. The second is Toadies. Both play strongly and capably to their influences, are led by powerful frontmen, and are made up of cohesive and intelligent musicians. The latter will show more evidence to my case – – which, meet me for a few drinks and I’ll go into more detail — as Toadies will release Feeler, a previously unreleased effort recorded 12 years ago but was nixed by Intercope (via Pegasus News). The album will be available sometime this summer.

The Toadies website shares the following: “We can’t help but feel a bit of redemption releasing Feeler 12 years after Interscope decided it wasn’t good enough and shelved it. We always thought it was going to be a good Toadies album. Since there are unfinished versions floating around on the Internet, it is important to us that people hear it as we meant it to be. We are beside ourselves that people can finally hear this music and judge for themselves.” Check out the promo video below.

To boot, Toadies will hit up several clubs in Texas and pepper the West this summer, though the website writes there is “more to come”. Tickets are on sale via Ticketmaster.com. While you’re catching up on the Toadies, check out this piece, a terrific interview, and live review Alyssa Spiel did on the Toadies back in the Fall of 2008.