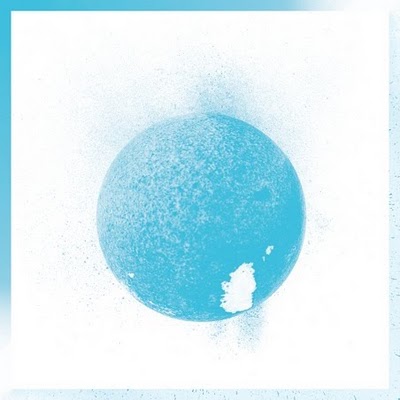 It’s tempting to unpack the narrative of 21-year old Will Wiesenfeld by simply explaining his quick rise with a note about the early stamp of approval he received from Daedelus and the subsequent deal he received from the well-respected Anticon label. Since then, the usual suspects who shape tastes for emerging electronic artists have consistently fawned over the ambient-influenced beat music producer, despite the fact that the Baths moniker was just minted last fall: XLR8R, URB, Resident Advisor, FACT, and even Pitchfork have traded turns boosting Wiesenfeld’s nascent credibility with a clip that has to be gloriously disorienting for him. But, to stop there would be to sell your experience with Baths’ new record, Cerulean, short. For some artists, a backstory is benign; with Wiesenfeld, whose age greatly misrepresents his storied pedigree, it’s impossible to ignore, having left an indelible mark on Baths’ persistently rewarding debut.

Without creating unnecessary redundancies — LA Weekly’s Chris Martin already wrote a stellar feature on Baths — a snapshot of Wiesenfeld’s backdrop reads like-so: Raised in the sleepy suburban town of Chatsworth, CA, in the San Fernando Valley, he learned to play piano, viola, guitar, and the upright bass from an early age. His conservative Christian parents wisely made educational decisions based on his already-known talent, enrolling him in programs that were built to nurture a youth’s capabilities in the “aural arts,” as Martin puts it. And, by the time his classmates were just developing their own tastes apart from their parents or siblings, Wiesenfeld was creating original Euro-pop and classically-influenced glitch jams. He began performing under the name [Post-Foetus] — despite how needlessly heady this calling card is, it provides a clear picture of Wiesenfeld’s involved mindset as a teenager — and, to this day, creates electronic-infused acoustic pop Ã  la Télépopmusik and Dntel under that title for the mÃ¼-nest label. Ultimately, one gets the sense that there’s a restlessness hiding beneath his calm endeavors, influenced in-part by suburban boredom, having been raised in an all-digital era, his parent’s religious convictions, and a near-wunderkind understanding of compositional music from an early age.

[Post-Foetus], LA’s mind-bending beat scene, the washy atmospherics of Fennesz, Machinefabriek, and similar artists on the boutique ambient label Type, and certainly his upbringing, play into the sound and aesthetic of Cerulean. Experimentalists like Nosaj Thing, Daedelus, Flying Lotus, and Wiesenfeld’s young, equally talented peer, Toro Y Moi, have been referenced as Baths’ obvious predecessors, and those comparisons are definitely accurate. It’s surprising, though, that Four Tet isn’t invoked more regularly: From its outset, Cerulean proves to be more an organic record, wherein piano, electric guitar, strings, and a regular ole’ four-string bass are just as active as tweaked, unpredictable beats, than any of the releases from the artists listed above. Of course, one approach is not superior to the other — Radiohead has shown us this for years — but it’s worth noting, as it’d be easy for someone who has no interest in beat music to write-off Baths before they even hear the record. This begs the question, though: Can a young producer with seemingly endless influences darting across the globe — he references Japanese culture in a recent Pitchfork interview — make a cohesive record?

In this case, yes, well, most of the time. Cerulean isn’t a masterpiece, but it shows us that Wiesenfeld might just be capable of making one. On “Rafting Starlit Everglades”, we take an astral trip through muggy territories where Tim Hecker might be collaborating with M83, the former’s notoriously warm, thick ambient wash being spliced over the latter’s encompassing pop sensibility. On blog favorite “Maximalist”, layers of vocals swirl over skittering beats while Wiesenfeld pushes us to the edge of a synthesized plank, growing the intensity of the song until a vocal sample creeps through the haze asking, “What’s love telling me to do right now,” a sentiment that informs Cerulean both lyrically and melodically. Instead of leaving Baths devoid of anything but laptop electronics and beatmaking, Wiesenfeld regularly borrows from his songwriting cache typically saved for [Post-Foetus], arranging the classical piano of “?”, the Mineral-esque guitars of “Plea” and “Aminals” and his sparse, but effective vocal contributions throughout the record with a sophistication far removed from his age. And I thought this would be just a beat record.

Hardly. Somewhere around Cerulean‘s mid-section, a thought burst through the beat flotation consuming my mind: Wiesenfeld’s got a lot of love to give (and, not in that creepy Phillip H. Macy-in-Magnolia way). Amongst his lyrics and the agency he exhausts pouring over the nuances of his music is a certain warmth that could perhaps only be pattered out by someone still young enough to be overly idealistic about love. And while “You’re My Excuse to Travel” and parts of “Plea” reveal their creator’s age with almost uncomfortable results, ultimately, his romanticism wins. Married to his preternatural production skills, Wiesenfeld will undoubtedly have a bright future in music, and hopefully, it’s a future that mines his abilities both as sound manipulator and songwriter.