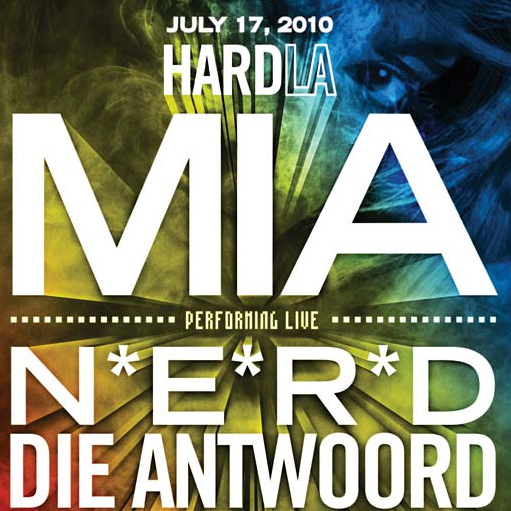 This year’s HARD LA music festival, which was set to bring the likes of M.I.A., Flying Lotus, Die Antwoord, N.E.R.D., Sleigh Bells, and more to Los Angeles State Historic Park on July 17th, has been canceled, according to the Los Angeles Times.

The Times reports festival organizers were forced to scrap due to security concerns, most likely stemming from the death of a teenage girl at the last month’s Electric Daisy Carnival. In the weeks following Electric Daisy Carnival, which was also held in Los Angeles at the LA Coliseum, county supervisors to establish a task force to examine and “enhance rave safety.” The Coliseum had already announced a temporary ban on new contracts with rave operators.

Update #2: In an interview with URB, HARD creator Gary Richards said HARD LA was not canceled due to “security reasons,” despite what was previously reported:

“HARD LA M.I.A. this Saturday July 17th has been canceled, but not due to the lack of support or the full approval from the personnel at the City of Los Angeles and California State Parks who have signed off on our comprehensive security plan. We have decided to instead produce one massive event on August 7th at the same amazing location, the Los Angeles State Historic Park in Downtown Los Angeles.”