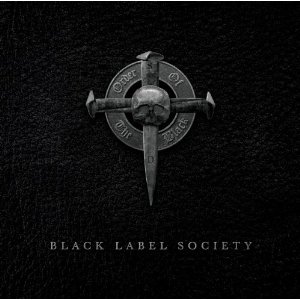 There is a certain balls out appeal to Zakk Wylde and his Black Label Society cohorts, a level of pure, unadulterated working man’s rock and metal emblazoned upon everything this band touches, and in 2010, Order Of The Black rises above even this echelon. Welcome back to a cross between bare-bones basics with some added textures for flavor; welcome to Black Label Society. Be prepared to die happy.

Truthfully, there are some that do not give this group their dues because of Wylde occasionally being overshadowed by his most frequent collaboration as a guitarist for Ozzy Osbourne.

Even then, Wylde is widely considered one of the most skilled and iconic metal artists of all time in his own right, signature instrument and all. That being said, where does BLS stand with its nicely tightened line-up and the return of bassist John DeServio?

Order Of The Black is a dominating metal force full of fast-paced and cohesive rhythms, classic and superior solos (as if there was any doubt there), and home to some of Wylde’s most epic and well-carried vocals ever recorded. “Crazy Horse” is a phenomenal opening track with motorcycle-revving staple riffs all over it; “Overlord” boasts one of Wylde’s best solos in years toward the last half; “Parade Of The Dead” is straight speed and old school metal, plain and simple. And that is just the beginning.

Every step of the way, there is nothing extraordinarily different about Order aside from more dabbling into speed metal, and that is where it shines the greatest. Barring previous years wherein we have seen the rebirth of thrash, this record stands as testament to every straightforward hard rock and metal act known to man, a glorious reminder that BLS have a good thing going and need not fuck it up with slovenly drivel and overly complex lyrical metaphors. Order Of The Black is to Black Label Society what Back In Black was to AC/DC, I shit you not — with some added acoustic accoutrement thrown in for balance.

If I had any complaints, I think Wylde’s vocals and DeServio’s bass get overlapped by an almost never-ending onslaught of powerful riffs from start to finish And Justice For All… style, but honestly, the tuned-down bass brings out every other nuance surrounding Order (including some sweet violin and solo work on “Riders Of The Damned”). There are keyed-down points here also, such as the true haunting ballads “Darkest Days” and “Time Waits For No One” done the only way BLS know how – a swan song solo, some acoustic mellow atmosphere on the former, basic piano for the latter, they just sound fucking beautiful tinged with an ’80s vibe like everything else. Regardless of which direction Order goes, it lands on 100% and then some.

From the grandeur that is speed-metal accented/old school metal jam “Black Sunday”, to the ballads and no holds barred battering ram of rock and metal (“Darkest Days”, “Riders Of The Damned”), the gorgeous cold closure of finale track “January”, and even a short spell of Wylde on a bluegrass, fast-paced pickin’ solo (“Chupacabra”), whatever inspiration these boys culled from the rock star posters in their studio was channeled and purified to the rawest form possible. It was said that you have to listen to rock like this through a 14-year old’s ears to really appreciate it’s awesomeness.

There is no hesitation, this is an exquisite and damningly perfect rock record at home next to anything else you have to throw at it. The title alone defines metal, the band bleeds metal, there are no substitutes ladies and gentlemen. Order Of The Black showcases everyone, from DeServio’s temperament, to Wylde’s riffs, to the amalgamation of a rock band with nothing to lose, and this band represents what it means to take pride in your work. Enough said.