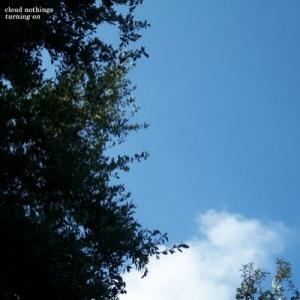 If you look on the MySpace page for Cloud Nothings, you’ll see their genre labeled as pop. During the first spin of their new record, Turning On, you’ll wonder why the hell that three-letter word is attached to such a fuzzed-out, guitar-heavy album. But after a second listen, it hits you. This is pop music, but from a different era. This is the pop of the early-to-mid 1960s, a throwback to the time when rock bands were responsible for some of the best pop songs around. Let’s admit it: Early Beatles is full of incredible pop moments. While such a retread can be seen as unoriginal or a waste of time, Cloud Nothings make sure that this look to the past is made with one foot in the present as well.

The fact that Cloud Nothings is the work of one man, Dylan Baldi, is even more impressive once you listen to the record. Each instrument has its own distinct personality, and the backing vocals rarely sound like the singer’s voice being copied. You would never guess this is the work of a single person. It’s this quality of distinction and ability to create different feels for each song that makes Turning On worth checking out.

The album starts with “Can’t Stay Awake”, a short, fuzzed-out rocker that would have fit perfectly on the Scott Pilgrim soundtrack. The short, two-line chorus is very catchy, and the rapid guitar solo afterwards feels almost intentionally amateurish, containing lots of fast strumming with no thought behind it. But it works for the song, making a great introduction to the record.

After the lackluster “Old Street”, Cloud Nothings follow with a right hook in “You Are Opening”. The former starts off with a heavy bass and drum combo, followed by a bluesy guitar riff. The intro would sound right at home on a 70s TV show like Kojak. Just imagine hearing Telly Savalas saying, “Who loves ya, baby?” over the intro, and you’ll see how well it works. Once the shoegaze vocals come in, it returns to familiar ground covered in the first two tracks but keeps that strong rhythm in the background. The breakdown in the middle feels out of place, though, with all elements dropping away except for the backbeat and vocals.

The title track starts off with the bass again, but this time it’s a lot cheerier and spends a lot more time at the forefront. Guitar actually plays backup to the strong bass riff that makes you want to bounce around. It’s a nice mid-tempo number that isn’t exactly a standout, but it’s not filler either. It fits well with the next song, “Hey Cool Kids”, an energetic rocker that’s centered on a simple riff of chords. It definitely sounds like a song that would be playing while the “cool kids” drive down the street in a Mustang Firebird.

The rest of the album continues in a similar vein, moving between high-energy rock songs and mid-tempo numbers for dancing. “Real Thing” and “My Little Raygun” are both made for high-speed chase scenes. “Waddya Wanna Know” is the very definition of a body-shaker, filled with groovy riffs and propelling drums that will make you want to get up and get down as soon as it comes on.

One of the top tracks on the album, though, is also one where Cloud Nothings make one of their few stumbles. The appropriately titled “Strummin” is a sluggish blues number that’s a lot more downbeat than most of the material found here. Its simple, semi-quiet nature makes you want to lie down and listen with your eyes closed. That is, until the final minute where it has gaps of silence that are momentarily broken with strums of guitars. Suddenly, the song turns into a wannabe White Stripes track. My advice: Use iTunes to edit the length of the song down to 2:37. That’s all you’ll need from this one.

Turning On is filled with a lot of great songs with sections that occasionally stumble. Its 60’s throwback style isn’t for everyone, but it’s definitely worth giving a shot, even if it’s not your particular cup of tea. However, if you like Wavves, Best Coast, and other groups that bring a nostalgic feel to the present, this album should be right next to them in your collection.