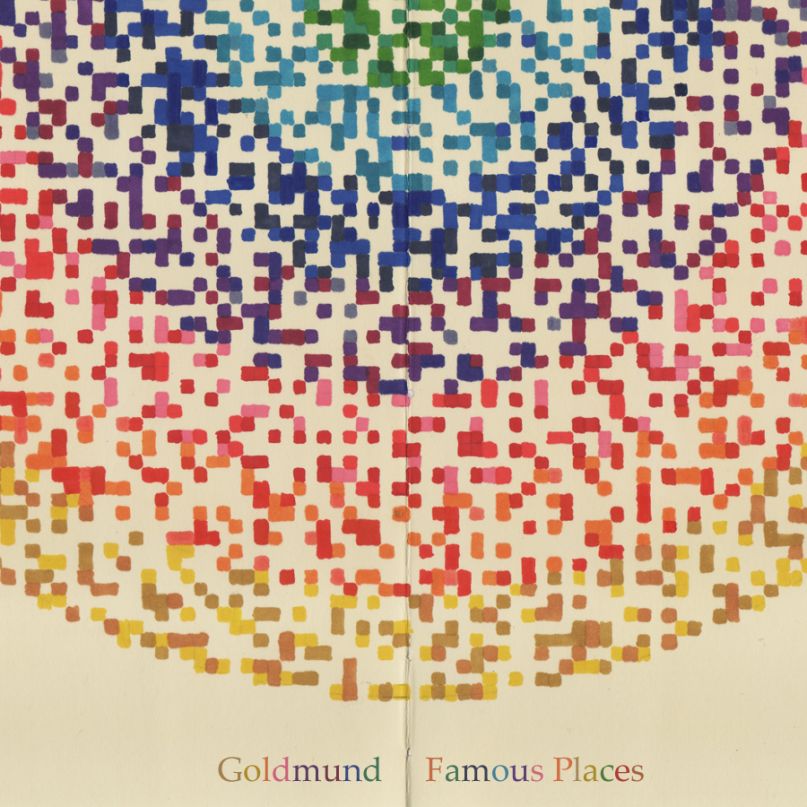 One of the most rewarding aspects of indie music – however defined – is the slippery slope awaiting listeners each time they discover new artists, genres and sub-genres. Sure, the first time someone heard Korn, I’m sure they were pleased to know Limp Bizkit existed, too, but I’d argue the experience was not quite as rich as when, say, Explosion in the Sky’s The Earth is Not a Cold Dead Place introduced untold thousands to post-rock, which led many of those to Mogwai or to an appreciation for instrumental music, generally. Keith Kenniff, who writes and records separately as Helios and Goldmund, is an artist whose work benefits from this experience, attracting fans through film and commercial composition, aesthetic proximity to artists like Peter Broderick, Hauschka and Balmorhea, or through good ole’ fashioned word-of-mouth. However you found him, Famous Places is well-worth the journey, at once a piano-based ambient record of complex beauty and another moving statement of modern classical’s relevance in our decentralized music culture.

Goldmund’s first two LPs, Courduroy Road and The Malady of Elegance, were sparse affairs featuring Kenniff as both composer and historian. Influenced by American Civil War folk music and classic European film, both albums were external narratives put to slow-burning melodies that ached with solemnity and reverence for times and people past. Though the concept of a solo piano album is hardly new, Kenniff brought to the genre a unique comprehension of space and texture, weaving subtle electronic and ambient touches into his affective, nostalgic compositions. To be sure, Famous Places is not a stark departure from these records in style or scope, but this time the lens is turned inwardly on the composer, himself. According to Western Vinyl, the boutique label charged with releasing the album, “the track titles are reflective of landmarks in Kenniff’s life that he uses as a theme to base his compositions on, punctuating memories of childhood, love, and loss.”

While the songs on Famous Places are poignant regardless of context – for me, I’ve not been moved by such elegant simplicity since Dustin O’Halloran’s Piano Solos Vol. 2 – this aesthetic personalization gives the album an enhanced character. Modern technology makes the experience richer, too; Google images of “Fort McClary” while listening to the song and you’ll easily find where his adoration for geographic beauty and historical profundity collide. However, that’s not to suggest the album is overly earnest, as its purely instrumental construction and spartan song titles insulate us from knowing how deep into Kenniff’s past he’s willing to let us go, which is part of the record’s charm. Indeed, I’d like to think he titled songs like “Pine View” — is it a suburb, forest, housing division, mall, church? — so they could be co-opted by his listeners, giving us the freedom to apply our own sense of memory to these localities. By sourcing ballroom tracks from the 1920s, James Leyland Kirby worked with similar intention on his haunting Persistent Repetition of Phrases album. Here, Kenniff matches that work in emotional complexity, displacing Kirby’s use of sunless, sampled loops for original piano compositions that invoke feelings both mournful and optimistic.

If we’re honest, the constant drone of online indie rock chatter can be as vapid and time-consuming as the din of a million Perrys and Gagas, leaving music fans little energy to appreciate artists like Goldmund. So, where do records like Famous Places fit in? They don’t. And, that’s the beauty of a genre so totally lacking in self-awareness’s more narcissistic tendencies. No, this record’s home is beside Hammock’s Chasing After Shadows… Living With the Ghosts, Max Richter’s Infra or Balmorhea’s Constellations, profound compositional works released in 2010 that have largely gone unnoticed as publications saved space for bands that will be long-forgotten this time next year. Sure, these songs may find a home in film, TV or commercials, but Kenniff will remain only slightly more recognizable than a typical Oxford-wearing Berklee grad, slowly collecting on his talent as countless buzz bands come-and-go. Something tells me he and his fans like it this way, fans that – thanks to the slope – will forever stand by each new quiet accomplishment, of which Famous Places sits amongst his best.