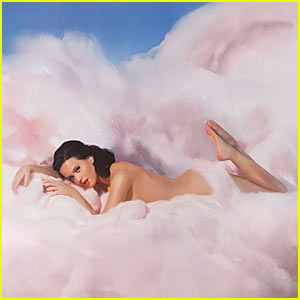 In just two years Katy Perry evolved from a potential one-hit wonder with “I Kissed A Girl” to a full-fledged pop star. Perry’s personal life has been almost as remarkable as her success as a singer. Who would have known that the bubbly Perry would be the one who tamed British comedian/international playboy Russell Brand? The couple has become one of Hollywood’s ‘It’ couples and their collective happiness is shown with the upbeat tone of Teenage Dream.

The album kicks off with the title track and Perry’s latest smash Top-40 single. With pop friendly beats that showcase strong vocals comparable to Nicole Scherzinger, it shouldn’t be a surprise that this song is flying up the charts. “Teenage Dream” is the perfect blend of what a pop song should sound like: poppy, danceable beats that complement the songstress’ simple, yet provocative message. Lyrics like “My heart stops/When you look at me/Just one touch/Now baby I believe/This is real/So take a chance,” sums up the direction of where the rest of the album is headed and if you’re a fan of songs with little depth, then Perry’s got you hooked. Today’s pop songs are littered with radio-friendly beats and raunchy lyrics, which have been perfected by the reigning pop queen, Lady Gaga. Perry doesn’t deviate from this blueprint, but rather makes it her own.

Of course, when people think of this album, they’re going to think of “California Gurls”. The song spent three months at or near the top of the Billboard Top 100 with good reason. Along with an appearance by Snoop Dogg, Perry’s ode to the Golden State exemplifies contemporary pop songs: something you can dance along to with catchy lyrics and a hip-hop feature. That being said, the overwhelming success of this song typifies where Perry is headed—to the top. Though the song has probably seen its peak in popularity, it is still one of the strongest tracks on the album and perhaps best represents the album’s outlook, which is sunny with a chance of sex. Like with other songs on the album, Perry isn’t afraid to bare her sexy soul, even if the subject matter is her home state.

What makes a good pop album as opposed to a collection of singles is the variety of songs. From start to finish, Teenage Dream is full of radio-friendly songs, though thankfully they don’t sound the same. “Firework” begins with a soft string section and builds into a full-fledged dance anthem. In fact, I could see Snooki, Vinny and the rest of the Jersey Shore crew fist-pumping all night long at a club near you. It’s different than “Teenage Dream” and “California Gurls” namely through its anthemic sound, making it more of a dance club favorite than the prototypical pop song. It shouldn’t come as a surprise that Perry herself has publicly endorsed the track, saying it’s her favorite on the album. It’s tough to disagree with her there.

The crossover appeal of this album makes it a winner, though. Teenage Girl appeals to all club kids, teenyboppers and even casual music fans. Perry’s cheeky personality has a lot to do with her success and this album is a testimonial to what catchy songs and a polished image can do for a pop star. While her promiscuous lyrics won’t garner any comparisons to Bob Dylan, Perry continues to push the pop envelope, making “I Kissed A Girl” sound like a G-rated lullaby. In a genre where sex sells, Perry makes sure her name remains on the charts in addition to tabloid magazines. She’s not reinventing pop music or trying to change the world, but this album is an accurate barometer of where pop music is today.