Land of Talk  Cloak and Cipher 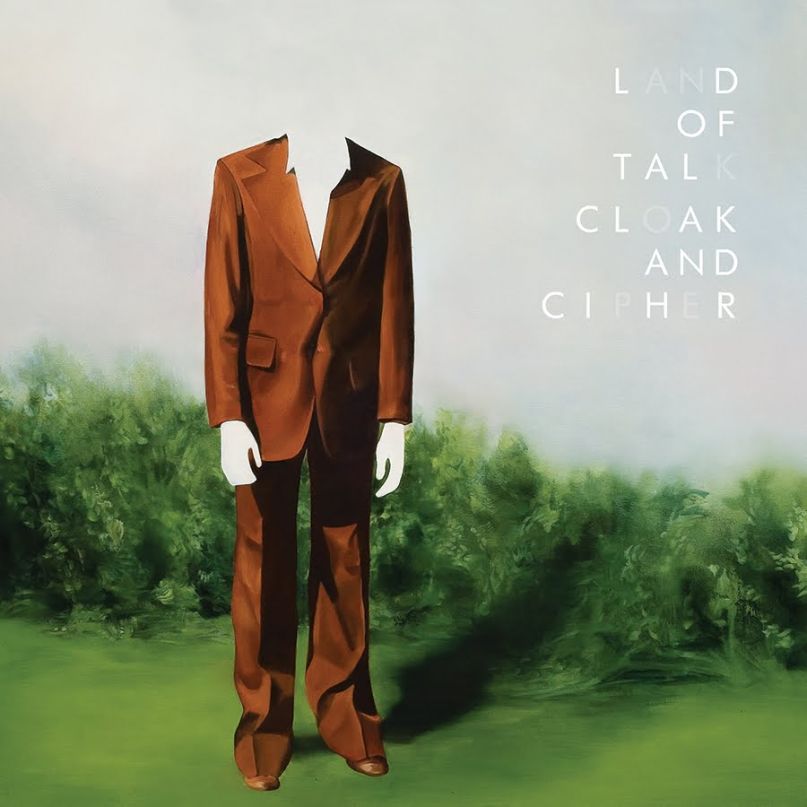 Land of Talk’s 2008 debut album, Some Are Lakes, wins the award for best album you probably didn’t hear. To this day, I am stunned at why that album and this band aren’t more popular. First of all, they write a mean post-pop/rock track that’ll cut your heart out, stomp on it, massage it, put it back into your chest cavity, and nurse it back to health all in one swift movement. Second, frontwoman Lizzie Powell took time out of her Land of Talk career to be the touring female vocalist for Broken Social Scene, which has boosted the ethos of every other woman who’s done it (Emily Haines, Feist, Amy Milan, Lisa Lobsinger, etc.).

So, needless to say, I was excited when I heard the band had another album in the works. Some Are Lakes was so hauntingly catchy and such a solid album that I figured up was the only direction for this Saddle Creek-signed Montreal outfit. And in a way, I was right. But they didn’t head straight up. They headed up, but with a bit of a sideways trajectory. I expected a bigger, more mature Some Are Lakes, but I received the more experimental sounding sister of Lakes.

Cloak and Cipher comes out swinging hard. It hits you with a big uppercut to the chin with the opening title track. It then sneaks in a solid body shot with “Goaltime Exposure” before finally snapping you with a fierce jab with “Quarry Hymns” (this track exemplifies just why Lizzie was chosen as a BSS eligible). It finally hits you with a right hook so hard with “Swift Coin” (the album’s first single) that you begin to see stars, and you start to wonder if you’re going to be able to finish the fight.

You ponder this question even further as you’re thrown to the ropes and left to cool off for a bittersweet moment with the song “Color Me Badd”. Things look bleak for you, the listener. But at some point, Land of Talk loses their nerve and sort of fade into the background. In the end, this album just simply does not have the energy to go 10 rounds with you (if this review was laced with any more boxing metaphors, it would be Don King).

The album slumps at about the 30-minute mark with the beginning of noise rock track “The Hate I Won’t Commit”. The track not only doesn’t fit in, but it’s just simply not very good, at least in comparison to the rest of the album. Unfortunately, this trend continues through the remaining four tracks, and the album becomes musically harder to grasp. This is where the experimentalism comes in.

As soon as the electronic drumbeat kicks in on “Hamburg, Noon”, you’ll begin to wonder if your iPod had a meltdown and glitched to a different band, but you’ll look down and see that you’re still listening to Cloak and Cipher. Land of Talk has just branched out into new sonic territories, and they don’t fall flat on their faces but do seem out of their element. If they’d stayed doing what they did best, this would have been a far more memorable album on the whole.

Don’t let the harsh words turn you away, however. Forget that the final rounds of the fight were mediocre. Remember what a terrible beating you were receiving earlier from the power and talent of Land of Talk. Cloak starts out quick and holds on for as long as it can, but it’s unfortunately just short of long enough. I think they were in a position to hit it really big, but I don’t think this album will be able to do it for them. That’s not to say that they’ll never be anything; I have massive amounts of hope. My girlfriend maintains that Lizzie Powell has the most incredible voice of any female vocalist out there, and I can’t disagree with much ferocity. Powell is severely underestimated, and her surrounding band provides her with the perfect setting for her vocals.

In the end, I don’t think this is one that’s going to move mountains. Rather it will be one that will be a fun listen and a good match for the sullen shades that accompany the autumn season. On the whole, you aren’t going to go berserk, but I assure you that you’ll grab a few tracks to keep in your collection for good.