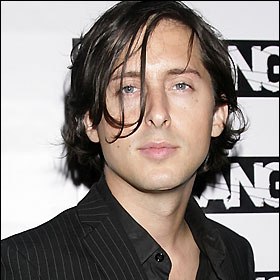 What would you do if you’d recently announced the reunion of a critically acclaimed band that you co-fronted? Would you announce a debut solo album? Well that’s exactly what Carl BarÃ¢t has done. As he prepares with his fellow Libertines for their Reading and Leeds Festival slots in late August (they’re also due to play HMV Forum in London to warm up for the festival slots), BarÃ¢t has revealed details of the album. For one, the self-titled record will be released on October 4th.

Speaking to NME, BarÃ¢t revealed his reasons behind the decision to strike out on his own. In a candid video interview, which you can watch at the foot of this article, he states that he “didn’t want to be in bands anymore, because of the complications.” A revelation that perhaps hints at the chances of The Libertines lasting beyond their scheduled Reading and Leeds Festival dates as being on par with Oakland’s chances of winning the Super Bowl.

BarÃ¢t goes onto describe the album as his chance to be “more naked” and “more honest.” He also talks about not hiding behind loud guitars and revealing his desire to experiment more with instrumentation and direction. To this end, collaboration on the album comes from Neil Hannon of Divine Comedy and Andrew Wyatt from Miike Snow.

A debut single, “Run with the Boys”, will be released on the same day as the album. In addition to the new album and single in October, there will also be a book, Threepenny Memoir, released on September 30th. The work is said to be a collection of stories and memoirs from his life, and judging by the headlines The Libertines used to generate, there are sure to be some revealing tales.

Check out a clip of BarÃ¢t’s interview with NME below. Upon scrolling down, you’ll also find footage of The Libertines rehearsing for their upcoming reunion. Per Prefix, the band’s frontman, Pete Doherty, has posted video of the band practicing the song “Horrorshow” while interspersed with clips from a show at the Rhythm Factory in London from 2002.