Check Out: Manic Street Preachers – “I’m Leaving You For Solitude” 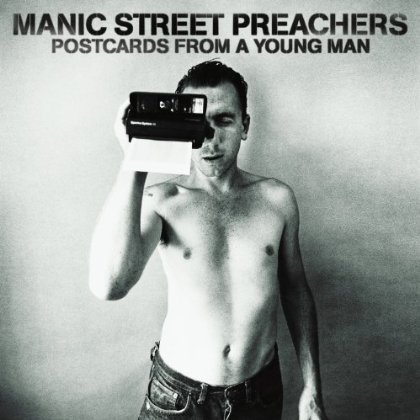 Manic Street Preachers are known for their outspokenness as a band. Despite said confrontational nature, the band have always dreamed of mainstream success. So, when their new album Postcards From A Young Man was announced recently, the band made it known that this was going to be their “last shot at mass communication” before doing whatever it is one does when you give up on your dreams. While we still have to wait ’till September 21st to hear the results, you can get a good reading with a non-album track entitled “I’m leaving You For Solitude” (courtesy of ClashMusic.com).

“I’m Leaving You For Solitude” is clearly a love song (a jaded one at that) from a band who almost promised they’d never write one. Despite those objections, they take to the format rather swimmingly, crafting a strummy, Beatles-esque ditty about love lost and being better off without it. If this doesn’t get them some more attention from the rest of the world, we’re not sure much else will.

You can download the track here or stream it below. The band is also on tour in the UK throughout the fall. Postcards From A Young Man is due out September 21st via Columbia Records.