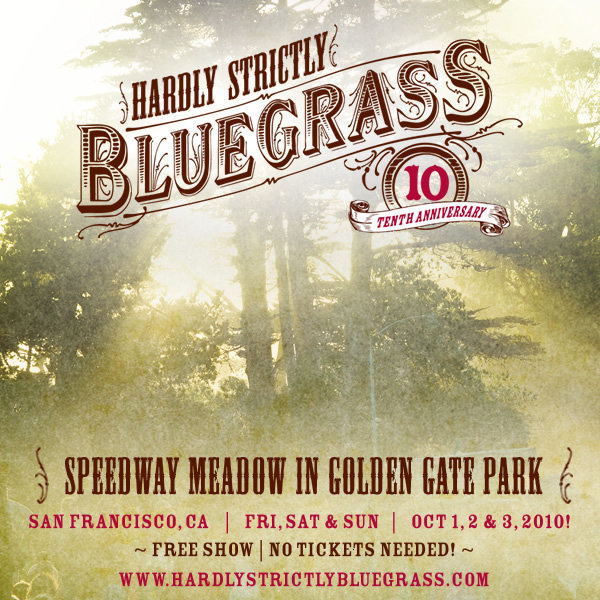 Every year in San Francisco’s Golden Gate Park, there is a music festival that brings together hundreds of thousands of people and is a proven success — and it’s not Outside Lands. Hardly Strictly Bluegrass is the name, and the free three-day fest is in its 10th year. And judging by the lineup that dropped last night, this may be one of its best years.

The names that stand out are frankly shocking gets for a free and ticketless festival: Joan Baez, Elvis Costello and the Sugarcanes, and the Godmother of Punk herself, Patti Smith. Other old guys include Richard Thompson, Robert Earl Keen, Steve Earle and the Dukes, and some Grammy-winning singer-songwriters in The Dukes of September Rhythm Revue (Donald Fagen, Michael McDonald, and Boz Scaggs). Oh, and right off the heels of Toy Story 3, Randy frigging Newman. Yeah.

There are plenty more acts, and you can see the full list here. The website promises additions, so begin rumor-mongering. This thing goes down the weekend of October 1-3; check back here for updates.