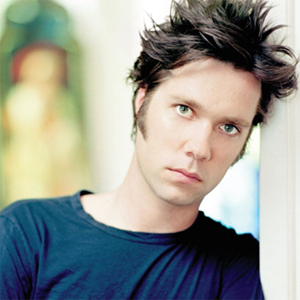 Rufus Wainwright has had a busy year. In the past 12 months, he’s debuted his first-ever opera, Prima Donna, lost his beloved mother to a long battle with cancer, and this spring, he released his sixth studio album, All Days Are Nights: Songs for Lulu. The intense album marks a quieter, more intimate sound for Wainwright, as he eschews large orchestrations for the solitude of only himself and the piano.

Ever active, Wainwright has now embarked upon a massive, theatrical tour in support of Lulu, which will take him – not to mention his fabulous, feathered costume – across the US, Japan, Australia, and Europe. I had a moment to sit down with Wainwright on the eve of his first tour date and got a chance to hear all about the costume, the poetry, the one guy in France… welcome to a night of drama and music.

Please hold your applause until the end of the program.

Where are you calling from today?

I’m in Montauk at the moment; I bought a house out here, and it’s been a lovely, lovely way to combat the forces of touring, to just kind of sit on the beach and enjoy the sea. I’m working a lot as well because I’m orchestrating for a premier of the song cycle of five Shakespeare sonnets that I’m premiering in November in San Francisco, so I can’t relax too much.

Are you going to be touring with the song cycle as well?

I’m doing it in San Francisco and then we’re going to do it in Chicago next summer, so it’ll be making the rounds for sure. It’s a new venture for me– you know I wrote the opera of course— and this is going to be me singing with the orchestra as opposed to other opera singers, so it’s yet another dimension to explore.

The sonnets on Lulu I thought were quite lovely. Are there any other pieces of literature or other Shakespeare that you’ve thought about setting to music?

Well, I’ve actually set a bit of Blake to music… he always works well with songwriting, you know, whereas, sometimes it really falls flat– Blake, on the other hand, is usually pretty incredible with music, so I’ve done some of his poems, but yeah, aside from that, those are the two, yeah, the two best.

Your tour starts soon. I’ve heard that the costume for this is pretty fabulous. Were you involved in the design, and what kind of mindset does the costume put you in onstage?

I wanted to really differentiate the two parts of the evening. You know the show’s in two halves, and the first is the new album, the song cycle, where I kindly request for there to be no fuss while I’m on stage, and I walk out in this outfit, this incredible, plumed affair, with crystals and silk and an amazing film in the background by Douglas Gordon, and so I wanted to make it as dramatic and somber and also theatrical as possible, so then when I come out in the second half as myself, it’s that much more of a relief! [Laughs] And a rush. It’s sort of a different perspective because it is my new show, and I want it to be yet another different experience for the audience. I like to give them something different each time I go out.

How did you come around to the idea of doing the first half in such a different way, as opposed to doing kind of a standard concert for this album?

One of the main reasons I do it is that the piano parts are extremely challenging as well as to have to sing it at the same time, and I did not at any cost want to fall back on my wit or my charm. I didn’t want to have to make mistakes and then kind of laugh it off and then have the audience sort of enjoy that very humanistic side of myself, which I’ve done in the past. I wanted it to be totally serious, so that I’d really have to learn the pieces. So I think that was the nugget of why I did it. Also, though, I do think that there’s something in enjoying a long segment of music without interruption that is different from song after song, and therefore you can really experience the arc of a work, and I do believe that this song cycle has a great arc.

It’s a little more, perhaps, operatic, too, to listen to it that way without people clapping, and then you have to stop…

Yeah, totally. And it’s also funny. It’s also funny that I’m there going, “No applause!” It’ll go down as something in history [laughs].

Have you had any run-throughs of this performance yet?

We toured Europe with it—it was a huge success all over Europe, amazing reviews from London and Paris and so forth, and so it’s done well over there, and I have great faith that it will do well over here as well.

I know Chicago’s pretty excited to have you come. Have people stuck with your no-clapping rule, or have people gotten excited and forgotten?

Your costume has a very long train on it as well, right? Is it very heavy?

Yes, well, it’s heavy to carry, but to wear it’s not too bad. It sweeps across the stage. Occasionally it’s gotten caught on something, and that’s always a challenge. But otherwise, it makes things a lot simpler because I don’t have to decide what to wear every night, so it kind of makes it easier, in a weird way.

And I imagine it makes quite an impression as well.

Yes, yes it does.

I noticed that your sister’s going to be touring with you, at least for the US dates. I wondered, what was her reaction the first time she heard you play the song “Martha”?

I think she was relieved. I had sort of flippantly told her at one point that I wrote a song about her not returning my phone calls, and she was a little nervous and insecure that I was kind of attacking her or something and continuing the tradition of splintered expressions in our family. But once she heard it, she realized that it’s a love song and it’s about reaching out– and it’s very, very serious the situation we’ve been in with my mother, and so she loved it.

And if I could ask just one last question, what song are you the most proud of writing?

Of all my songs?

Ever, of all time.