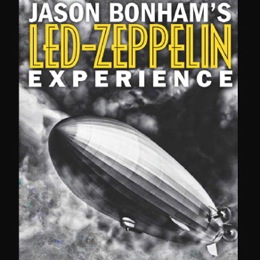 This isn’t a bunch of 40somethings trodding out their old Ibanezes and Mesa Boogies and covering some Zep tunes. This tour won’t be playing your county fair. It’s not a tribute band, it’s an Experience. Like the Pink Floyd Experience before it, Jason Bonham’s Led Zeppelin Experience promises period specific instrumentation, elaborate multimedia presentations, professional session players hand-picked by Jason Bonham, and will feature young Bonham on the drums. This ain’t your friends’ bar band.

Unveiled today are the dates for this tour (via Blabbermouth). The tour will kick off in Canada October 8th, and will hit the states October 19th at the State Theatre in Minneapolis. Two dates in Florida, one in Merrillville, IN (Where? Here, Chicagoans), and sure enough, they’re Going To California, too. Tickets go on sale August 20th via Ticketmaster.com. Get the Led [Experience] out!