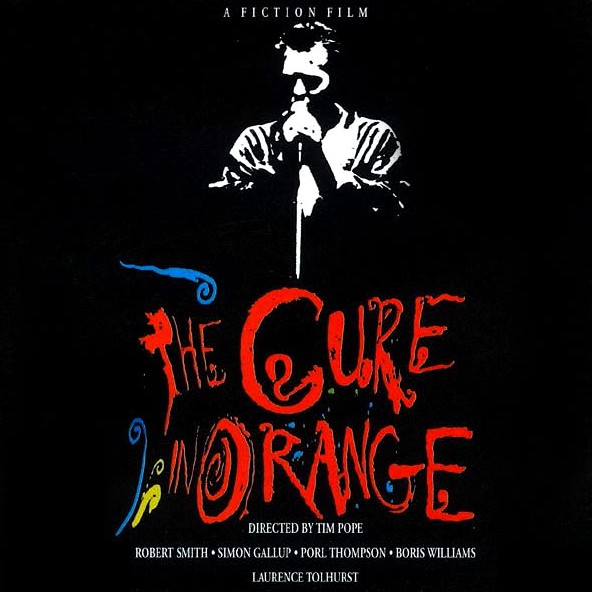 For over 8 months, fans of The Cure have awaited the long overdue DVD release of The Cure in Orange. And while Robert Smith has promised its release numerous times in the past, it is another member, former drummer and keyboardist Lol Tolhurst, that most recently provided details on upcoming Cure releases.

On August 19th, Tolhurst tweeted — yeah apparently everyone really is doing it now: “Just realized looking thru my recent emails from Robert he tells me that he’s working on the Cure at the BBC and mixed up remaster..oops! Not Cure In Orange as previously reported! But anyway the dvd of it should be out soon enough…”

So fans are now being tempted by not one, but three re-releases. According to The Cure fansite Chain of Flowers (via Tolhurst’s appearance on Los Angeles’ KXLU 88.9 FM), a box set of the band’s BBC live records entitled Cure at the BBC, will be available sometime next year; as well as a re-mastered edition of their 1990 remix album Mixed Up. And don’t give up hope for In Orange, during the radio broadcast Tolhurst revealed that Smith promised the DVD would finally be available next year. Expect a release date sometime near the drop of Dr. Dre’s Detox.

If all the excitement over new Cure releases isn’t enough to amplify your day, how about a tour for the 30th anniversary of Faith? While no details have been announced, Tolhurst has contacted Smith about the possibility of bringing together the album’s original line-up, which also included Simon Gallup, to perform the 1981 release live. CoS will keep you updated, but as with all reunion tours, don’t set your expectations too high.