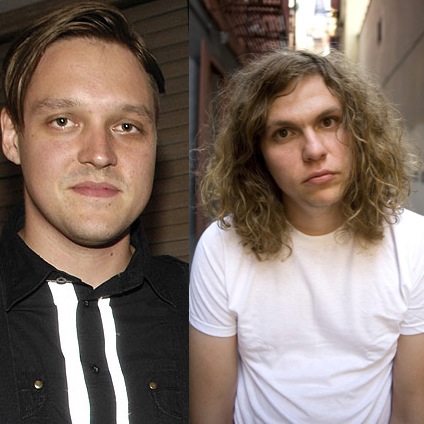 Search “Arcade Fire and Jay Reatard” in Google and you don’t get much. In fact, you don’t get anything. After all, the acclaimed Canadian outfit and the now deceased Memphis punk rocker couldn’t be more different. The former develops epic movements influenced by the likes of Talking Heads, Bowie, and Springsteen, while the latter crafted blistering pop punk fury reminiscent of the Buzzcocks and other legends past.

Needless to say, there’s no real explanation why Win Butler’s crew chose to cover the Reatard song “Oh It’s Such a Shame” during their performance at the Mann Center in Philadelphia last night. But that they did, with Butler introducing the number by noting only “This is a song by Jay Reatard.” Update: Turns out, per Stereogum, that Butler has previously expressed fondness for Reatard’s music. So maybe this isn’t much of a surprise after all…

What’s not surprising, however, is Arcade Fire’s ability to turn the cover into something of their own. The band’s rendition begins rather subdued, as Butler and Co. sing the first verse in unison amidst a withheld backdrop of guitar picking and drum beats. Ultimately, though, the drum beats and guitars crescendo and Arcade Fire give their best punk band impression — which basically means the harmonious chorus is accompanied by really loud and chaotic music. So, in summary, yeah, it works.

Below, you can watch a video of the performance. The footage isn’t all that great, but the sound quality is decent. If any better versions surface, we’ll edit them in.

Arcade Fire continue their worldwide tour tomorrow night in New York and then this weekend in Chicago.