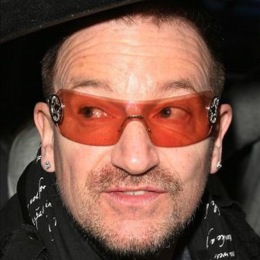 We live in a time where waiting is so unchill. So much so in fact that when U2 recently debuted new songs during a closed door dress rehearsal, well, we posted video of people listening to said new songs from behind closed doors. Looking back, all that seemed a little extreme, so we figure we’d update you with some videos from inside the doors.

As Slicing Up Eyeballs reports, Bono and Co. made their long-awaited, post-injury debut in Milan on Friday night and used the occasion to debut two tracks called “North Star” and “Glastonbury”.  And in case you are wondering, yes, “Glastonbury” pertains to the music festival U2 was supposed to play before Bono injured his back.

No word on whether either of the two songs will appear on the band’s forthcoming studio album, which is supposedly coming out sometime next year.

Along with the two new selections, U2 also busted out a couple deep cuts. For one, they played the Passengers track “Miss Sarajevo” for the first time in four years. Going one step further, “Hold Me, Thrill Me, Kiss Me, Kill Me”, aka the band’s contribution  Batman Forever soundtrack, made its first appearance in 12 years.

Below, find video of “North Star” and “Glastonbury”. Then, head to Slicing Up Eyeballs for clips of the other aforementioned performances, as well as the show’s setlist. Needless to say, it was a pretty epic evening.