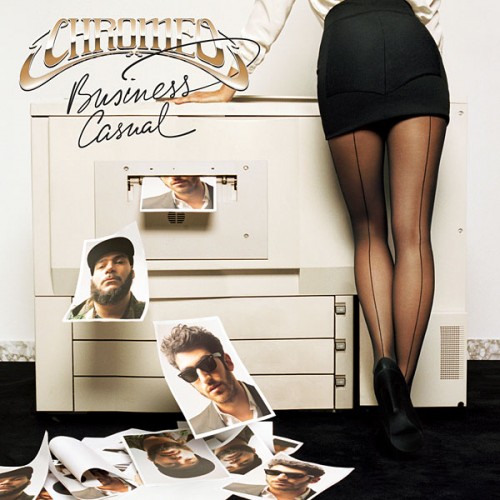 Nowadays, the music of the 1980s is everywhere; heck, you can’t swing a dead cat without hitting a band that doesn’t feature at least some synth. If any band has thoroughly embraced the music of the era of bad hair and massive shoulder pads, though, it’s Canadian electrofunk duo Chromeo. Since the ’80s have long since passed and you’re dealing with a motionless source of influence, one can only go so far with a talk box and keytar. However, for their third LP, the boys take what they’ve got available and make it just as fun and even slightly more fresh than before.

Album opener “Hot Mess” sees the fellas take the most basic truth of the band, the fact that they’re a little gimmicky and that they overindulge in the wealth of ‘80s music to the point of being shameless acolytes bordering on supernova levels of tongue-in-cheek, and amplify it. With the female speaking role sounding like a naughty English secretary riding the wave of a quirky, almost perverted synth line into faux pained vocals of loneliness, they have no qualms about appearing equally phony and just as funkin’ real. As one of two lead singles, “Don’t Turn the Lights On” could be their most Hall & Oates-ian ballad to date. With a dreamy quality to the instrumentation, and an air of swagger in Dave 1’s vocals, it plays like sonic satin. Same goes for “When the Night Falls”, another sultry ballad that sees the addition of a Lisa Lisa-esque female singer to add a little passion to a much jangly-er dance number. These last two definitely highlight their ability to take the simplest of beats and song structures and make it something truly ear-catching.

The thing about Chromeo’s music is that you already know what you’re going to get, and that’s usually OK. They’re perfect at mimicking and mixing the various moods, genres, and sonics of the 1980s and making it their own. It’s when they put a light touch on some of those same old songs that you get enough of a burst to continue deeper, even as the same overly sexualized track bleeds into yet another keytar funk explosion. “You Make It Rough” takes their standard electrofunk offering and adds a bit of Talking Heads (or maybe just Rockwell) paranoid mania, while “J’ai claqué la porte” is sung in French (Dave 1 is apparently getting a PhD in French literature), adding a little ohh la la to their electro lovefest. Both of these lightest of light touches are reminders that, despite some of the stagnancy that can develop from incessant musical throwbacks, these two are talented musicians. Of all the tracks, “The Right Type” may shine brightest. Its simple, almost breezy beat is reminiscent of everything cheesy about the ‘80s, yet the lyrical content about a girl who makes bad decisions in love stands as genuine. If anyone can pull off the dichotomy, it’s Chromeo.

As someone born in 1986, I will only ever have old songs to remember that era from (or try to forget.) But with vintage-heavy groups like Chromeo, those of my generation and beyond can get a better understanding of the ‘80s and how, despite not always being the best music, it never lacked in the sheer joy of it all. Also, that the synthesizer really is the most magical instrument ever.