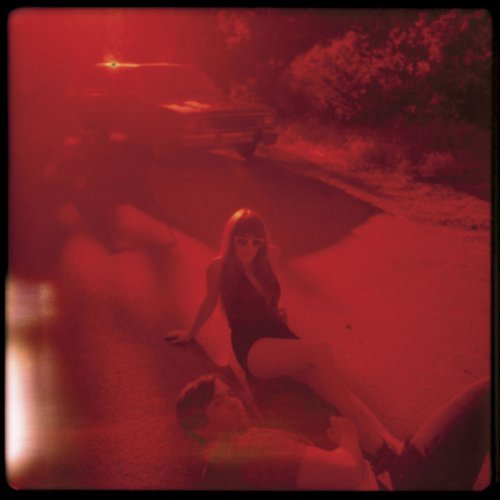 Other than assembling IKEA furniture, some couples actually do worthwhile projects as a unit, like make albums. But as it turns out, the big two of that lovey-dovey genre, Serge Gainsbourg-Brigitte Bardot and Pete Yorn-Scarlett Johansson, aren’t actually couples. But Jenny Lewis, frontwoman of Rilo Kiley, and Johnathan Rice, singer-songwriter, are actually an item. However, when they combine forces as Jenny and Johnny, it’s hard to see that bond. It’s there, but who needs blatant love when you have uber-catchy pop songs?

The album stands out amongst the backdrop of odes and ballads to the beauty of your beloved in that there’s almost no sappy, sugar-coated displays. Instead, it’s two people with comparable musical tastes feeding off of each other, growing out of each other’s sonic input and lyrical craftsmanship– which, if you’ve ever been in love, feels more or less like the real thing. The bigger moments on the album are essentially solo outings for both lovebirds. “Big Wave” sees Lewis spin some witty, insightful lyrics as she sings like one part manic pixie and one part self-assured queen, empowered by the confidence, the attention, and adoration Rice offers, all over a beach-y little ditty that squeaks with big bombs of noise and feedback. Rice, on the other hand, shines on “New York Cartoon”, an absurdist yarn full of bad-pop word nuggets (rhyming “New York Cartoon” and “golden cocoon”) that is decidedly more somber and leaning toward the moodier, strummy end of the pop music line graph. What makes it stand out the most, though, is how Rice’s voice is enriched by the lush whisper of Lewis’ backing vocals. Both tracks prove that they’re not obsessive enough to serenade each other, but when there is a healthy back-and-forth, it’s more than just their hearts that beat faster.

With that said, this album couldn’t exist had they not been in each other’s lives, spending time trampling through shared heart and mind space. Album opener “Scissor Runner” is cuteness personified, a big musical endeavor where voices blend and both seem to find a happy-go-lucky wave of semi-related rockin’ to vibe from. But it’s the darker moments that seem to be truly the most impactful. Particularly on “My Pet Snakes”, and slightly less so in more blatant tracks like “Slavedriver”, there’s a kind of Gainsbourg-Bardot playfulness, ramped in the opposite direction with heaps of bile directed toward each other. But in typical fashion, it’s a kind of sarcastic (“since you don’t drink, you should be driving me around” truly makes  “Straight Edge of the Blade”); it’s all the sort of domestic abuse that would’ve found a happy existence on a long-running prime time sitcom. From its harking back to ’70s-era Costello to the choices in language, their anger only goes to enhance some of the other songs’ more independent nature and demonstrate some much needed reality in the shiny goo of most other love songs.

I’d more than readily nominate Lewis and Rice for couple of the year after this record. Are they hot and heavy, dripping with passion and glowing from the heat of romance? No, but there are moments where that intensity pokes its head out. More than anything, this album is two people mulling over their lives and musical influences and throwing it together in some places, surgically uniting it in others. But regardless of the feeling, the overall concept of making an album together, one where they remain themselves and make the other a better performer, is worth all the X’s and O’s one could ever muster.