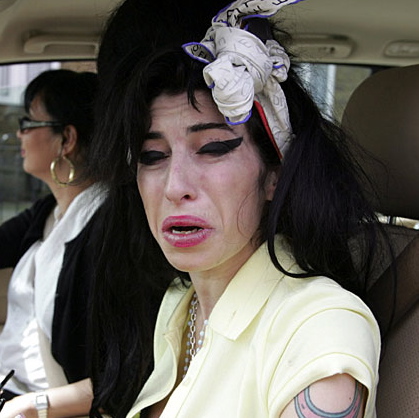 We haven’t put her name in a headline since last October, but this moment seems like the right time to bring Amy Winehouse back into our collective consciousnesses. The 26-year-old tabloid darling may have been booed at a recent Libertines reunion, but she’s looking way past that for her first song in almost five years. MTV.com reports that Winehouse has teamed back up with Mark Ronson (who produced her 2003 hit album – Back to Black) to do a remake of Leslie Gore’s 1963 hit, “It’s My Party”. The reworked version is set to appear on a tribute album – Q: Soul Bossa Notra – that celebrates the work of legendary producer and musician, Quincy Jones.

What does Jones think about the pair reworking his first ever hit single? “Amy’s talents as an artist are undisputable and I am astounded not only by her voice but by her tremendous knowledge of and respect for music and its history,” Jones said, “I am thrilled that she and Mark wanted to be a part of this album and I absolutely love what they did to make the song their own.”

As if the approval of a 27-time Grammy winner wasn’t enough, the news comes at a generally exciting time for the embattled songstress. Rumors of her forming a super group with The Roots’ ?uestlove have been swirling around, and she recently revealed that she hopes to release a new album in January 2011. In July, she told the UK’s Metro that the disc would “be very much the same as [Back to Black], where there’s a lot of jukebox stuff,” adding “I just can’t wait to have some new songs on stage.” It’s still to early to tell if she’ll be stumbling off said stage, but here’s to hoping that she gets back on it soon