Check Out: Newly released Pantera – “Will To Survive” 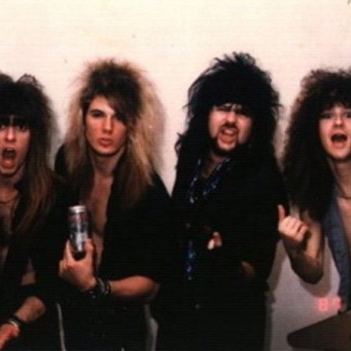 Quick poll: Are your early songs, doodles, poetry, creative endeavors still embarrassing relics that you will show to no one? Or have some of them turned kind of cool in a humorous and humbling way? For Pantera, they at least got the balls to show their early stuff to people and it is at times both emabarrassing and kind of cool.

“Will To Survive” is an early demo from Cowboys From Hell and will appear on the forthcoming 20th Anniversary Ultimate and Delux editions, which arrive on September 14th. The track was recorded in 1989 which bears mentioning because this is definitely Pant-“hair”-a days (see picture at right). Phil Anselmo sounds like early Dio or… White Snake, but Dimebag Darrell’s guitar riffs have his 23-year old name written all over it.  Hell, you can even hear the bridge for “This Love” in there.  R.I.P., man.

Check out the track over at Antiquiet.