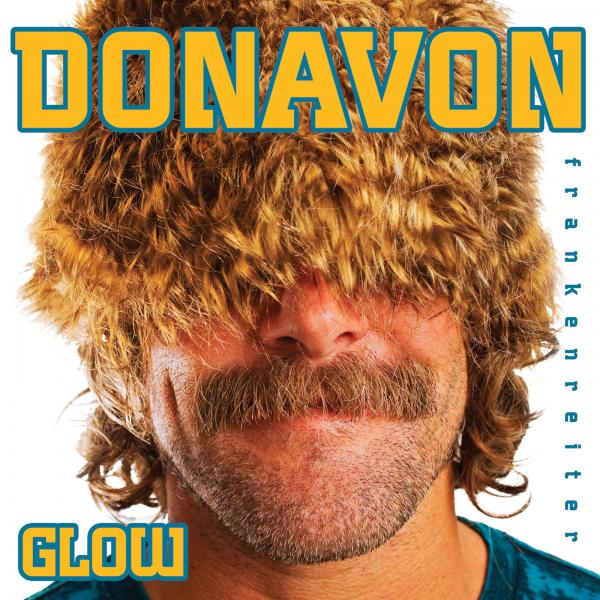 Mustachioed margarita connoisseur Donavan Frankenreiter has announced plans to release his fifth solo LP Glow on October 5th, and by looking at the album’s cover art, all we can deduce is that he must like really weird furry things being placed upon his face. The 37-year-old pro surfer turned feel-good folk musician was once signed to fellow wave-rider Jack Johnson’s Brushfire Records but will release this latest effort on his own imprint – Liquid Tambourine Records.

The title track from the Mark Weinberg-produced album starts off with mellow ukulele and finds Frankenreiter singing light-hearted lyrics like “I want to see your daylight shining all around your heart/I want to see you glow/I want to see your daylight soul bright all around my soul.” The tune isn’t a far cry from the sound of other Weinberg-produced artists like Matt Nathanson and Tyler Hilton, and if the track breaks through on radio, it will surely launch the California-based Frankenreiter – who also designs board shorts for surf clothier Billabong – into soft-rock stardom.

He’s scheduled to play the Life is good Festival later today and even has a slot at October’s Austin City Limits. Check out the aforementioned title track here and the first episode of his “Mustache Manifesto” video series below.