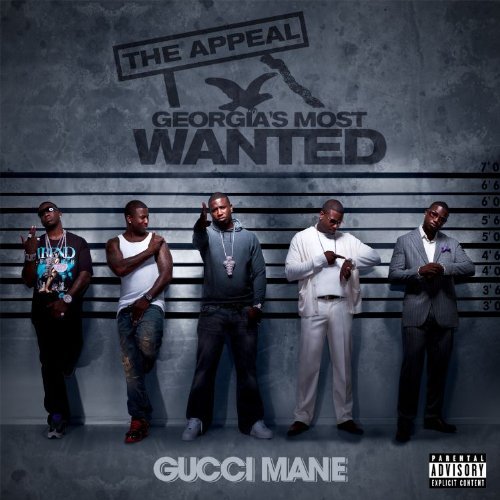 While most of the hip-hop news here on CoS seems to focus around Lil Wayne, Jay-Z, Eminem, and some guy named Kanye West, we’d like to start giving some of our coverage to other big-name rap acts. And no other artist may be as deserving than Gucci Mane. Sure, we’ve covered Mane before, but even that was for guesting on a Weezy track. No, now it’s time to give him the space he truly deserves. Plus, we picked a perfect time to do so, what with a new album coming out soon. Go us.

His third album, and the followup to 2009’s The State vs Radric Davis, The Appeal: Georgia’s Most Wanted promises to be a big release for Mr. Zone 6. While the last release’s promotion was, um, interrupted by his unfortunate incarceration, this album looks to actually benefit from his freedom. Although with production by Swizz Beatz and appearances by Bun B, Nicki Minaj, Pharrell, and even Wyclef Jean (shouldn’t he be campaigning or something?), he can violate his parole and still probably push a few hundred thousand units easy.  Now that’s star power.