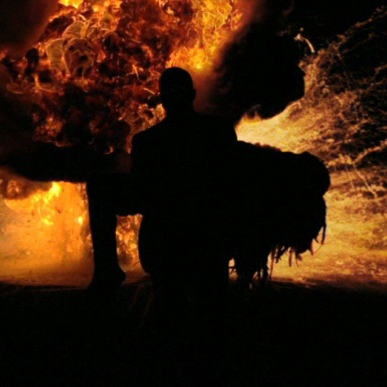 It’s a new day so why wouldn’t there be a new piece of Kanye West news. Today, we learn that the Chicago MC has made a “40-minute noir piece” based on his still untitled new album. It’s called Runaway — just like the song — and according to West’s interview with The Cut, tells “the story of a phoenix fallen to Earth, and I make her my girlfriend, and people discriminate against her and eventually she has to burn herself alive and go back to her world.”

Continued West: “I’ve been feeling the idea of the phoenix. It’s been in my heart for a while. It’s maybe parallel to my career. I threw a Molotov cocktail on my career last year, in a way, and I had to come back as a better person.” Is it weird that we wanted to hug him? Like, somebody, please find this man his missing fish tank, you know?”

West did not elaborate as to when the film might see the light of day, but a teaser trailer was debuted during the VMAs last Sunday. You can currently watch it again here.

There’s also no word on whether West still plans to release a film for his hit single “Power”, which was also said to be 40 minutes in length.