Rock History 101: The Boomtown Rats’ “I Don’t Like Mondays” 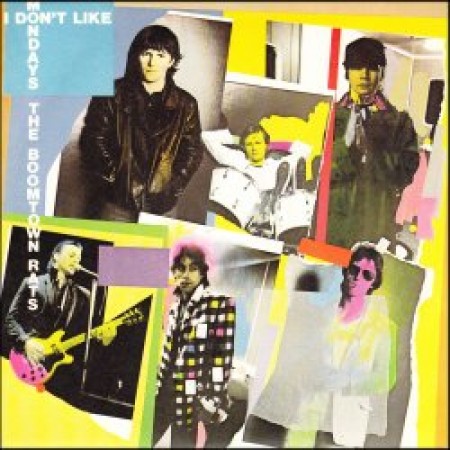 Mondays are the bane of the working world’s existence. Trudging to the office, there are numerous songs one can use as a soundtrack for the day. For those with a pep in their step, Fleetwood Mac’s “Monday Morning” is a good option. However, for the majority, “I Don’t Like Mondays” may be a more accurate selection.

The 1979 single from Irish band The Boomtown Rats’ The Fine Art of Surfacing was written by vocalist Bob Geldof upon first hearing the news of Brenda Ann Spencer.

On Jan. 29, 1979 Spencer randomly opened fire on the students of San Diego’s Cleveland Elementary School. Only a month prior, Spencer had received a semi automatic .22 caliber rifle as a Christmas gift from her father, Wallace. It was the perfect gift for a 16-year-old who purportedly had an affection for guns and stories of violence.

While children stood outside the school gate, which was positioned across from Spencer’s window turned sniper tower, waiting for principal Burton Wragg to let them in, the shooting began. In the aftermath, eight students and one police officer were injured. Wragg was killed while attempting to save the school children, and head custodian Mike Suchar was killed as he tried to pull Wragg to safety.

Spencer fired 30 rounds that day, later barricading herself in her home for nearly seven hours, as she warned police that she would “come out firing.” Eventually, she surrendered. Due to the severity of her crime, the teen was tried as an adult. Spencer was sentenced to prison for 25 years to life, after pleading guilty to two counts of murder and assault with a deadly weapon. She has been eligible for parole four times, but remains imprisoned at The California Institution for Women in Chino, California. Spencer will be eligible for parole once again in 2019.

So, what caused a 16-year-old to wreak such havoc? Was it drugs? Was it abuse? No, although in 1993, Spencer did accuse the state and her attorney of conspiring to hide her drug test results, and in 2001 she played the abuse card, stating that her father beat and sexually assaulted her. However, both claims came too late in the game and proved difficult to confirm.

Originally, when asked why she went on her rampage, Spencer replied simply,

I just did it for the fun of it. I don’t like Mondays.”

Spencer went on to say, “This livens up the day. I have to go now. I shot a pig (policeman). I think and I want to shoot more. I’m having too much fun [to surrender].I had no reason for it, and it was just a lot of fun; It was just like shooting ducks in a pond, and [the children] looked like a herd of cows standing around. It was really easy pickings.”

Geldof received this information after reading a telex report, while doing a radio interview in Atlanta with Fingers for Georgia State University’s campus radio station, WRAS. Geldof claims he was not trying to exploit a tragedy, rather, he was inspired by the absurdity of it all, saying,

The song went on to become Number One in the UK single charts in July 1979. It also garnered popularity as winner of the UK’s prestigious Best Pop Song and Outstanding British Lyric categories at the Ivor Novello Awards.

Spencer’s parents were denied their request that the single be banned in the United States, and the song received air time from rock stations, acting as a reminder to the listener that the next time they complain about a “case of the Mondays,” it could be much, much worse.