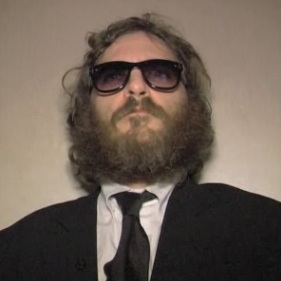 Simultaneously reassuring our faith in humanity and rubbing our faces in it, Casey Affleck has admitted to the New York Times (via Billboard) that the Joaquin Phoenix documentary I’m Still Here is, in fact, a hoax. In case you’re wondering, that’s egg on our face.

Affleck admitted it was all a put-on, including Phoenix’s February 2009 appearance on Late Night with David Letterman. Everyone else, though, seemed to be in on the joke, from the actor who played to Phoenix’s abused assistant to Phoenix’s agent. Even the childhood films showing Phoenix and family swimming in Panama were fakes, shot with actors. And in Hawaii of all places!

Seems like Affleck, who had more or less remained silent regarding the film other than to confirm its authenticity, didn’t like that it had fooled people, with Roger Ebert writing that the film was “a sad and painful documentary that serves little useful purpose other than to pound another nail into the coffin.” In his defense, Affleck said that he never meant to pull off a stunt like this and that “the idea of a quote, hoax, unquote, never entered my mind.” The film’s purpose, he claimed, was equally as innocent, done to merely portray “the disintegration of celebrity, without the clutter of preconceived notions.” That’s what we got from it, yeah.

If anything, we’re just glad this ordeal is over. Although, if we were you, we’d tune into Letterman on September 22nd to see Phoenix’s return. Let’s see if he play humble as well as he can do crazy.

In the meantime, check out the trailer for I’m Still Here below: