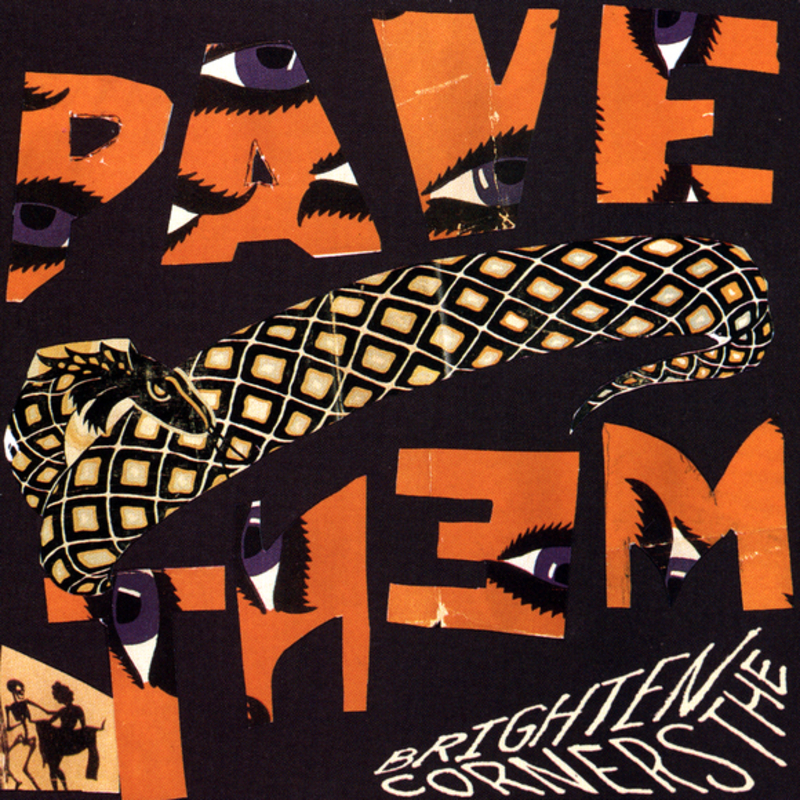 There’s this band you don’t know about. There’s this band, and they’re called Pavement. There’s this band, and they’re called Pavement, and they have this album called Brighten The Corners that came out, for you, last year. You would never know about it because you don’t have a cool, older sibling telling you what to listen to, there’s no good college radio in your fly-splat town, you don’t have a car (yet) to go see concerts an hour away in Milwaukee, and frankly, you are a poser. It’s 1998, and you’re just 13-years-old with a whole world of terrible decisions ahead of you. But that’s fine. SM would toast to your creeping disaffection.

Before delving into Brighten The Corners, I should tell you that Pavement actually has at the very least two critically acclaimed albums that were released before it: Slanted and Enchanted and Crooked Rain, Crooked Rain. I bought the former in college and borrowed the latter around the same time. I didn’t like them much. Rather, I didn’t understand them, which led me down a path toward hostile, contrarian thinking: “I’ll be hip if I say, ’I hate Pavement.'” People will think I possess some rare, overlooked knowledge about this band that somehow makes them terrible.” Nothing could be further from the truth. Pavement is a brilliant band, and Brighten The Corners is the album that brought me to this realization.

Lately, there was this gnawing suspicion that my animosity toward Pavement was growing increasingly stale and narrow-minded. It was time I tried a new track into their catalog with something newer, I guessed. After some cursory research, I went down to the record store and bought Brighten The Corners. I put it on my player, let the needle hit the groove, and… and finally… this door opened, flooded with the sounds of hundreds of bands in my subconscious radiating something fresh, playful, and new. From the first whammy-bar jerk on the tonic in “Stereo”, the song has color, presence, and dimension. Imagine this music is pouring into this void inside me once occupied with ignorance and sophomoric opposition. The tossed-off attitude coupled with the straightforward rock attached to the wry and witty lyrics lit squeezed dopamine through my body. Its abrupt length just begs for it to go on for minutes more. Kid, this is just the first track.

After their last release, Wowee Zowee, Pavement’s drummer, Bob Nastanovich, said of this album, “We were going to go into people’s rooms and brighten their corners with music.” Producer Mitch Easter, famous for R.E.M.’s early production, owned the Drive-In Studio in North Carolina, and Pavement recorded the entire album quickly, many of the tracks being first takes. The preparation and streamlined process of the recording rears its pretty head several times through the record such as the laconic and reflective “Old To Begin” or the breezy acid-pop “Shady Lane/J. Vs. S.” And while the band ambles along deftly with guitar-centric alt jams, it’s Pavement’s lyrics that resonate with me above all else.

I know you don’t listen to lyrics now, but start. When you chew on Malkmus’ and Kannberg’s lyrics, some of them sweetly dissolve while others are more tenacious. “A voice coach taught me to sing, he couldn’t teach me to love,” Malkmus muses just a little off-key. “I want to grow old, dying doesn’t meet my expectations,” he puts it simply. But book-ending these epithets you’ll find surrealist poetry masked in slacker gospel, and that dichotomy is what makes Pavement’s music so limitlessly awesome.

“Type Slowly” is a benchmark example of the underlying emotion that courses through Pavement’s songs. The same guy that made tossed-off jokes about Geddy Lee’s voice is now singing, “echelon your dreams and they’ll come true” and “cherish your memorized weakness, fashioned from a manifesto.” This kind of reflection on age and self is something you’ll need in the near future. The willingness to accept the seemingly bizarre will get you miles. Just a few more brief notes.

Lead singer Stephen Malkmus controls, to a large extent, Pavement’s aesthetic, but here on Brighten The Corners, fellow founding member Scott Kannberg (Spiral Stairs to anyone who asks) contributes two solid gold tracks couched in some more great sounds of the college-rock ’80s and ’90s and tinged with classic rock. “Date W/ IKEA” and “Passat Dream” show off Kannberg’s distorted vocals and offer variance still within the same sonic and thematic column as the rest of the album. It was pretty cool back then to be less impressed with his work, so go ahead and feel this out for yourself.

Permeating this album is a dissatisfaction with who you are, where you are, what you are, why you are, and what you can do that will make you happy in spite of this. Existential dread is not something you’re too concerned about now (don’t worry, Tiffany totally likes you, but you won’t go to The Mummy together for another year), but when you realize your middle-class white male issues, you’ll be glad you have “We Are Underused” in your back pocket. If you sing the final strains of the song while driving along Wisconsin back roads in your forthcoming ’93 Ford Taurus, you’ll feel on top of a world you don’t quite understand. Keep driving, and listen all the way to the end, and pull over somewhere quiet and listen to “Fin” and all its angst and beauty as Malkmus’ guitar solo fades out on to the end of the album.

But you won’t hear this for years–12 to be exact. Maybe this letter will cause you to listen to it sooner, but honestly? Don’t do it. It’s me who wishes I was there now, not you.

There’s a magic to the moment you finally love a band, and anyone who says he or she was with every band from the beginning is a lying sack of shit. We all miss/avoid trends, we all get on wrong paths (you will have countless wrong paths), and in 2010, many of us, including myself, are becoming slaves to a revisionist history being written by the zeitgeist molders and the hegemonic media, so much so that when they tell you what to listen to, you co-opt that belief as if it truly was your own. How can you know if you even “like” something anymore? Before you started reading Rolling Stone or Pitchfork, there was just something in you telling you that Led Zeppelin was awesome, and no one can ever deny you that.

It took me years to have Pavement sink into my subconscious and for me to like them. I can’t promise you that it was as organic as the first time you heard “Black Dog”, but, I can say, with truthiness, “I love Pavement.” Sure, it may have come through an onslaught of exposure, seeing them on Top 10 lists every year, being ridiculed by some friends, or even the more disturbing fact that I now like them “because I’m supposed to like them.” But it’s there. Finally.

Point is, Jeremy, that the future is fucked up, hyper-real, and no one knows what to do here. In the 90’s, Pavement knew exactly what to do, and they did it well. I think I like knowing that they did something perfectly back then, and part of me wants you to experience some of that, so I can experience it. (I know, could I be more self-serving at this point in the letter?) But the other part of me wants you to listen to whatever the hell you want, and don’t worry about a thing, about being cool. Just do what you want, man. These aren’t new tropes, but they’re incredibly important ones. And Pavement’s ethos might just be all you need to get you through high school.

For now, I’m going to listen to “Gold Soundz”, which reminds me of you listening to “Black Dog”, which is indescribably cool on a whole variety of levels.