How to Dress Well – Love Remains 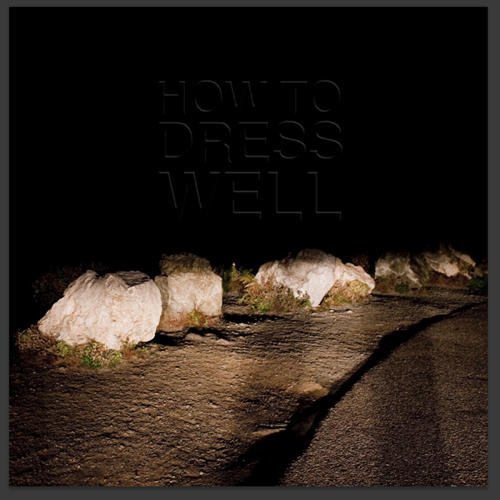 How to Dress Well is the musical alias of Tom Krell, an R&B obsessed collage artist who splits his time between Brooklyn and Cologne, Germany. By day, according to a profile that Pitchfork published in April, Krell translates “a book of post-Kantian philosophy” as a research fellow in Deutschland, and by night, he puts to tape his hazy, vocal-based love songs with prolific abandon, several of which comprise his debut, Love Remains. Of course, the heaps of online praise that have so far accompanied Krell’s work could presage a break from the drudgery of metaphysical dictation, but as far as we know, the man still inhabits his “double life,” as the Pitchfork writer put it. This is not only an apt description of Krell’s literal live/work situation, it encapsulates the escapism that colors Love Remains at every turn. It’s a collection that has as its soul the apparition of Keith Sweat and Jagged Edge-era sensuality, but its skin and bones are frayed and hauntological. These are songs that want so badly to be sung along to, but derail the possibility by throwing fidelity to the wind, displacing pop’s saccharine accessibility for ambient’s delicate impressionism. And, for the most part, the tactic works remarkably.

My entry point to How to Dress Well was the non-album “Ecstacy with Jojo”, which prominently features a sample of Michael Jackson’s “Baby Be Mine.” The song works as a sort-of mock duet, as Krell’s voice sits just next to MJ’s at first, before it drifts in-and-out of a layered, ambient swell. All the while, the reverb-drenched sample loops underneath, pulsing with a disco hypnotism that’s completely at odds with the torn and tattered sound surrounding it. Love Remains is filled with these kinds of spectral oxymorons, brief, “below-fi” sketches that are light on instrumentation — most songs are driven by multiple layers of Krell’s high-pitched, Justin Vernon-ian croon and the far-off patter of a synth line or sample — and heavy on presentation.

Like Christopher Nolan’s Memento, this collection is as much about process as it is content, a work that’s meant to question conventional wisdom about pop music in all of its homogeneity. Listening to Love Remains, you can almost see Krell having some transcendent experience in his Cologne digs late one night, fishing through his Gas and Eno records at the same time he’s wanting to hear the silkiness of Jodeci or Ginuwine, then suddenly having the revelation to combine the two into one alternately comfortable and cryptic aesthetic. Like so many others, I’m glad he didn’t ignore what perhaps felt inane at first, a passing phantom that, if not pursued further, would’ve deprived us of such a peculiarly rewarding listen.

Great experimental records often earn their worth by delivering an entire experience, and it’s to this tradition that Krell ultimately shows the lion’s share of his allegiance. His mainstream influences are present, to be sure, but I came away with more of a generally positive impression about Love Remains than I did a particular affinity for one song over another. That’s not to suggest these songs are easily interchangeable — it’s clear from the start of “You Hold the Water” that Krell was absorbed with each rhythmic and textural nuance throughout the process of assembling and performing the record — but, in subsequent listens, I found that the collection works best as a wistful soundtrack to my day than a thing to behold at every moment. If you’re a fan of leftfield experimentation, modern classical, post-rock, etc., then you know that this isn’t a mark against Love Remains— it’s precisely why it would be endeared to you in the first place.

Interestingly though, it would only take Krell dropping the intentionally withdrawn production and adding a few more layers of synths and programming to make most of these songs outright indie pop bangers, a dynamic that reinforces the idea that this record is a conscientious statement as much as it is a solid contribution to the litany of revivalist lo-fi material seen in recent years. It’s also a dynamic that speaks to Krell’s potential as an artist and a thought leader, two roles that don’t always play nicely, but move mountains when they’re in tandem. He’s not quite there with Love Remains, despite how impressive a debut it ultimately is, but there’s undoubtedly a lasting quality about his perspective, one that I hope we see more of when he’s able to conquer Kant.