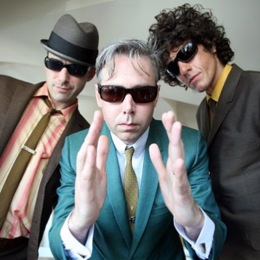 Tamara Davis — better known to you and me as the director of Billy Madison and wife of Beastie Boys member Mike D — recently revealed that the acclaimed hip hop trio had returned to the studio after Adam Yauch (MCA) began “feeling better” from his year-long bout with cancer.

Though unexpected, the news shouldn’t come as super shocking. Back in May, Yauch told Entertainment Weekly that his health wasn’t the only deciding factor in when Pt. 1 would see release.

“We finished the record over a year ago, so we want to take a look at it and re-evaluate and make sure it is what we want to put out there and that we are still happy with it. I don’t think we will change it up too much,” explained Yauch.

An exact release date for Pt. 2 is still forthcoming, but we’ll let you know when we know. In the meantime, relive previously release Pt. 1 single “Lee Majors Come Again” below, because who knows when you’ll have another opportunity to listen…