Dr. Dre works out with LeBron James, forgets about Detox 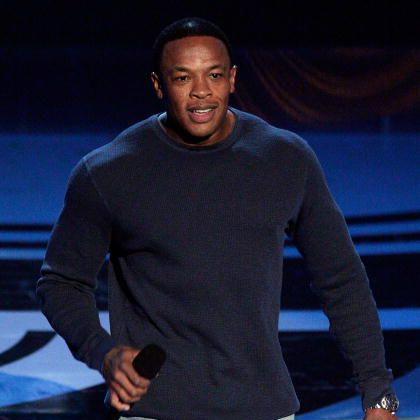 Maybe Dr. Dre needed to go all Kanye by storming the VMA stage in a cognac-fueled rage and stealing the spotlight during one of Justin Beiber’s acceptance speeches. In a perfect world, it might’ve been the key to getting him to stop doing things like talking about American Idol, dissing Ice Cube, and composing instrumentals about planets. Unfortunately for us, Dre’s too cool for that. He’s apparently also to cool to actually finish making Detox (one of our 35 more albums to buy in 2010…or 2011… or never).

Just check out this commercial he did with LeBron James for a new line of Beats headphones geared towards the “ultimate athlete.” The two-minute clip (via HypeTrak) shows Dre and the former Cleveland Cavalier pumping what looks like fake iron while a fellow fitness enthusiast harasses them. The funniest scene happens as Dre works on his curls while the commercial’s antagonist says, “Doin’ a whole lot of workin’ out, Dr. Dre. ‘Bout time you do a little workin’ out on that album.” The doc responds by telling him the he “needs to work on shutting the f*** up!”

The exchange speaks truth to the fact that the 45-year-old rapper has made the world spend the last eleven years begging for the follow up to 1999’s Chronic 2001. Instead of giving us the goods, Dre has spent the last few months working on other rappers’ songs and actually launching his own cognac.  We even tried to leak a potential Detox track, but Dre just ended up shooting us down, telling humanity that “The song that’s on the internet is an incomplete song that I’m still working on.  When it’s ready you’ll be hearing it from me.” Oh well, I guess we’ll just have to obey the doctor’s orders.

Dre promises we’re getting “new music” at Christmas time, but we’ll believe it when we hear it. Here’s that commercial if you’re still interested.