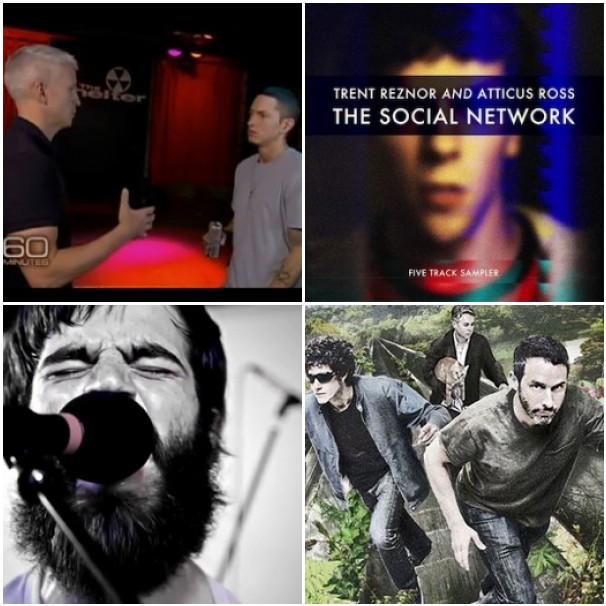 There’s a lot on this list this week, isn’t there?

Of course there’s no way everything we cover in a given week can fit into one of these posts. Ideally, the following round-up of people, places, events, and other random happenings in music will at least give you an idea of just how hectic it gets around here.

There’s also no way of knowing what the next few days will bring. Maybe it will be as fast-paced and exciting as this one. Or not.

Here’s to another hectic week.

— Is it really too early to predict Glastonbury ’11 headliners? We don’t think so. We posted our own predictions here.

— Eminem got personal with Anderson Cooper on 60 Minutes.

–  Trent Reznor told us what he really thinks of Facebook. (Total shocker, am I right?)

— Legendary soul singer Solomon Burke passed away at the age of 70.

— Daft Punk‘s original music for the Tron remake will also be featured in the film’s video game.  You can also stream some of that music here.

— Kanye West and La Roux collaborated on a new track.

— There’s a MGMT documentary in the works.

— My Morning Jacket are back, in case their recent Letterman appearance didn’t tip you off.

— Footage of Wayne Coyne painting with his own blood surfaced.

— Coldplay won over the good people at ASCAP.

— Lady Gaga may or may not have released a new track.

— Prince will tour for the first time in over four years. Stay tuned for details.

— A long-lost freestyle featuring Big L and Jay-Z was finally discovered after 15 years.

— T.I. was sentenced to an additional 11 months in prison.

— We’re celebrating Fela Kuti’s birthday with, you guessed it, another giveaway.