Film based on Michael Jackson’s “Thriller” may be coming 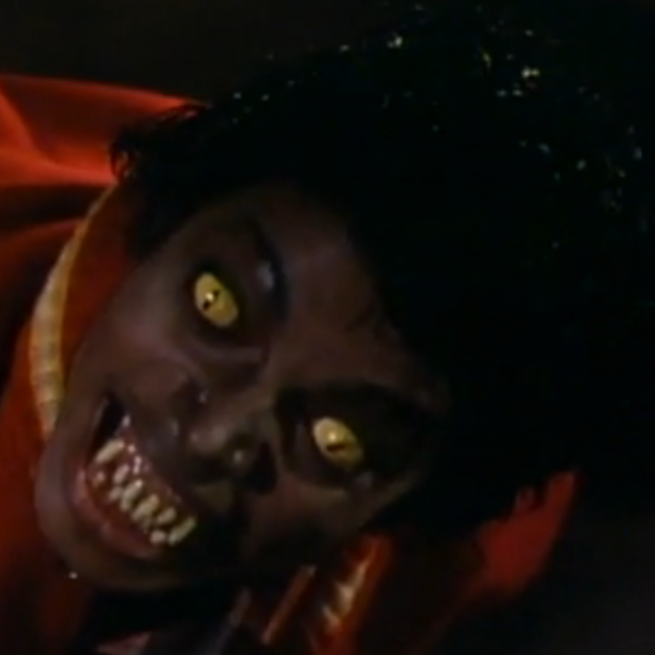 Michael Jackson’s video for “Thriller” opens with him telling his date, “I’m not like other guys… I’m different,” and even 18 years after the short-film’s release, nothing could ever be more true. Jackson (who Forbes named the highest earning dead celebrity of 2010) raked in over $275 million from the grave last year, and while we’re already excited that November is bringing new songs from the King of Pop, this next bit of news has us all riled up about him making another contribution to the silver screen .

Deadline.com has just revealed that the rights to a film fashioned around MJ’s short-film music video are at the center of a bidding war between several major studios. Fox 2000, Lionsgate/Mandate, and GK Films are reportedly the front runners in the race to distribute the Kenny Ortega-directed flick, but the report says GK – which is set to distribute Sacha Baron Cohen’s upcoming Freddie Mercury biopic – seems to be closest to landing the deal because their president, Peter Schlessel, is spearheading the negotiations on behalf of his company.

That fact is important because Schlessel is the man responsible for landing Sony Pictures Entertainment the rights to This Is It!, another Danny Ortega-directed film put together with concert footage from Jackson’s final rehearsals for what was to be his final world tour. That movie has grossed nearly $300 million worldwide, so it’s no wonder Schlessel and GK films want to land the still-untitled “Thriller” adaptation.

If you’re not old enough to remember all the commotion “Thriller” caused when was released, then this YouTube clip of the video should get you all up to speed.