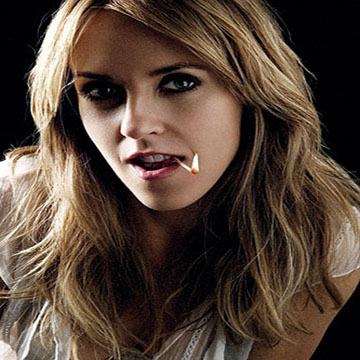 Liz Phair has never been one to do as she’s told. From her 1993 debut Exile in Guyville, to her current release Funstyle, Phair has been consistently pushing the envelope of not only her own creativity, but her place in the music industry. She sung blatantly about sex when no other woman was, she refused to conform to the narrow boxes the music business placed her in, and she did the opposite of what people told her to do, just because she could.

Understandably, I was a little bit nervous as I waited for my coffee date with Ms. Phair in one of Vancouver’s downtown hotels. With artists, you never know what kind of personality you’re going to get that day, especially one with a reputation for being rebellious. But Phair is everything but intimidating.

Petite and astonishingly fresh-faced, Phair is a small, blonde package with a load of personality. She’s giggly, kind, inquisitive and unguarded. She’s the type of person to tap you lightly on the shoulder and really engage you with whatever insightful thing she’s going to tell you. A good trait to have in anyone, let alone a rock star who, at this point in their long career, reserves the right to be jaded and cynical.

The critical response to her latest album Funstyle alone is enough to put a chip on anyone’s shoulder. The album saw her leaving her old label in order to release this mix of experimental and traditional songs. I myself had the opportunity to review the album, and though I personally found it to be inconsistent, I admired Phair for taking the plunge and devoting herself to something so risky.

But to Phair, the risk was something she had to take.