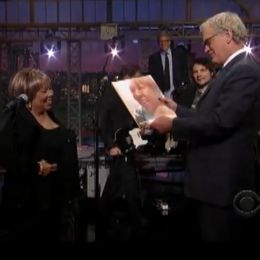 Making a living in the music industry seems daunting today, and doing it for 50+ years seems damn near impossible. But that’s what legendary gospel/R&B singer Mavis Staples has accomplished. No matter the decade, Staples cultivates an audience for her soulful voice and politically charged repertoire. Okay, maybe she’s had a little assistance staying relevant from Wilco’s Jeff Tweedy. In case you hadn’t heard, Tweedy played a pretty significant role in Staples’ September 19th release You Are Not Alone.

Only two weeks removed from the album’s release, the duo are still making their publicity rounds. For the first of two consecutive late night appearances, Staples, Tweedy, and her touring band arrived at The Late Show with David Letterman to cover Creedence Clearwater classic, “Wrote a Song for Everyone”. Similar to his production technique for the album, Tweedy’s efforts are easily recognizable, but it is the vocals of Staples and the amazing riffs of her touring guitarist that make the track worth a second, and third listen.

You Are Not Alone is already available via ANTI-. And see Staples and Tweedy tonight on The Colbert Report.