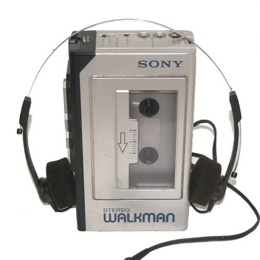 Portability has been the name of the technology game for some time now. Portable DVD players, MP3 devices, and netbooks all aim at conveniently taking your tech on the road. The similar theme here is that those are all digital products. Now, some 30 years after its initial release, the analog granddaddy of all portable technology has been retired. That’s right, Sony’s Walkman cassette player is essentially a thing of the past.

Japanese production ceased back in April, and once the last stock ships and sells out, that’ll be that. Okay, so the only thing that might be surprising about this news is that it isn’t already a decade old. We’re six generations and five models into the iPod era, and that’s not even counting iPhones. Sony itself is the lead force behind Blu-Ray, a product aimed at replacing DVDs. The only real question here is how did a company at the forefront of future commercial technology stick with a tape player so long after it had really become obsolete?

Whatever the case, this news does come with a tinge of nostalgic sorrow. It’s like stumbling across an obituary for an old friend whom you hadn’t seen in ages; sure, you never really talked to them anymore, but you still had some great memories. Think about all those mix-tapes you made for middle school girlfriends. Recall those early days of pirating when you’d record songs from crummy AM/FM radios. The click of the play button, the whir of the rewind, and the whining speed of the fast forward. Then maybe you’ll remember the choked ribbon caught in the gears, the pain of trying to get to the beginning of track six, or that time you accidently pressed ‘record’ and lost all your favorite Wham! songs, and think ‘good riddance.’ One way or another, this has to be chalked up as one of those grand things your children will never know they missed out on.

As it turns out, however, this isn’t exactly all she wrote for the Walkman cassette players. Production continues in China, though one can only assume that won’t last much longer. The tradename ‘Walkman’ is still used for a variety of Sony products, including MP3, MiniDisc (yep, that’s still around), and multimedia devices. So what say you, oh loyal CoS readers; will you miss the tape-decks, or have you already forgotten they were once the only way for people to put their music in their pockets (or at least attach it to their belt-loops)?