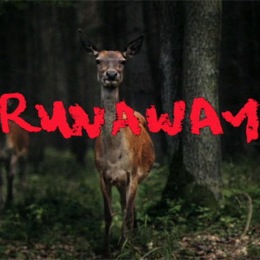 Unless you’ve been in solitary confinement with Weezy over the last two months, you surely know all about Kanye West‘s Runaway. After all, you are reading Consequence of Kanye. Directed, written, and starring Chicago MC, the 35-minute film also features model Selita Ebanks as the Phoenix, Nicki Minaj’s British accent, a theme of discrimination, and a soundtrack with nine songs off My Beautiful Dark Twisted Fantasy, all done an avant-garde style that’s, well, totally Kanye.

View for yourself above, then pick up My Beautiful Dark Twisted Fantasy — which maybe features 12 13-14 tracks — on November 22nd via Def Jam. Also, in case you missed it, check out this week’s G.O.O.D. Friday offering, the Mos Def, Lupe Fiasco, and Big Sean-featuring “Don’t Look Back“.

Update: West gave an interview with MTV following the film. Here are some of the more noteworthy tidbits.

— His previously announced collaborative EP with Jay-Z, Watch the Throne, will actually be a full length.

— The My Beautiful Dark Twisted Fantasy tracklist leaked on iTunes last night isn’t the official one. According to West, the final listing will feature 13-14 tracks, with “Chain Heavy” and “Mama’s Boyfriend”, two tracks which were noticeably absent on the leak, possibly appearing.

— In regards to the leaked tracks, West said, “people think they’ve heard these songs, but they haven’t….”

— In regards to touring, West has numerous ideas, including a co-headlining trek with Jay-Z and one featuring members of West’s G.O.O.D. Music label.

— As for what else is “next,” Kanye says expect more “super fresh ass” outfits.