A Thanksgiving Recap featuring Portishead, U2, Wolf Parade, and more! 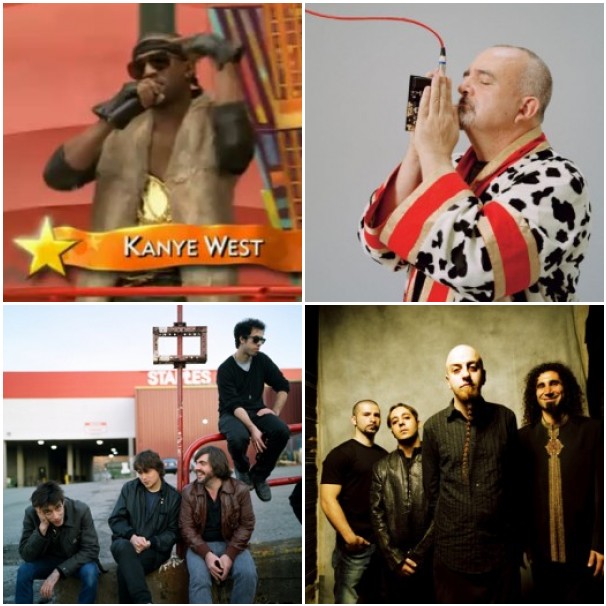 Why, hello there! Welcome back from your week-long intake of turkey, tofurkey, and Harry Potter. But just because you got a vacation doesn’t mean Portishead, U2, Kanye West, or Wolf Parade did. Well, I guess Wolf Parade will soon, but anyways… the point of the matter is stuff happened while you were gone, so we’re now here to recap said stuff so you’ll be completely up to date once you hit tomorrow’s Blonde Redhead show and your friend asks you if you’ve heard the new Jamie xx remix of Gil-Scott Heron.

— Throbbing Gristle and Coil great Peter Christopherson passed away at the age of 55.

— Wolf Parade announced an indefinite hiatus, while System of a Down just ended theirs.

— It was a big week for on-stage collaborations:  Weezer and Best Coast teamed up for a joint performance of “Island in the Sun”, while U2 brought out Sir Jay-Z for the first performance of “Scarlet” in 30 years.

— Kanye West lip-synced while dressed like a Ninja Turtle.

— Irish punk icons The Pogues will return to North American next Spring.

— Joe Marvilli sat down with OK Go frontman Damian Kulash to discuss the present and future.

— Ted Maider selected the best commercials jingles for the latest edition of Break Yo’ TV.

— E.N. May dusted off The Smashing Pumpkins’ 1995 classic, Mellon Collie and the Infinite Sadness.

— We also checked out concerts featuring Wolf Parade, Blonde Redhead, and No Age.

— Still looking for holiday gift inspiration? We added a few updates to our gift guide.