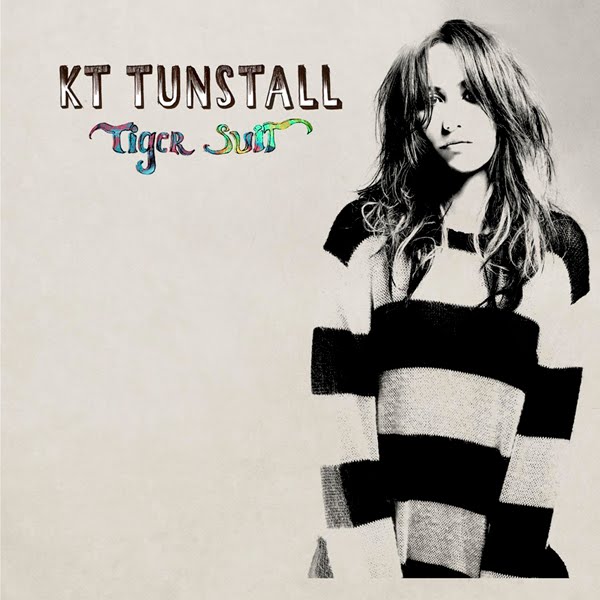 Scottish singer-songwriter KT Tunstall made quite the name for herself in both the UK and the US with her smash hit debut album Eye to the Telescope. Three years later, though, Tunstall experienced a sophomore slump with her 2007 followup Drastic Fantastic after that album failed to spawn any singles as ubiquitous as “Suddenly I See” or “Black Horse and the Cherry Tree” or come close to the level of sales enjoyed by Eye of the Telescope. For her latest album, Tiger Suit, Tunstall went to Berlin to record at Hansa Studios of Heroes and Lust for Life fame and added synthesizers to her slick, folk-tinted rock.

Tunstall has devised her own label to describe the sound of Tiger Suit: nature techno. The singer-songwriter’s choice of the word “techno” is perplexing since this term has generally been replaced by “electro” as the go-to blanket term to describe all things electronic. Perhaps it is a deliberate choice because recent trends are taking us to the point where hearing that an artist has “gone electro” will be inevitably greeted by groans and eye-rolling.

Semantics aside, Tunstall’s “nature techno” marries rock and folk stylings with synths and drum machines; in her words: “think Eddie Cochrane meets Leftfield.” Opener “Uummannaq Song” exemplifies this new style with electronic beats and tribal chants, resulting in one of the album’s catchiest songs.  Like “Uummannaq Song” before it, “Glamour Puss” is as unabashedly pop as anything from Drastic Fantastic, but with an electronic groove.

The newfound “techno” side of KT Tunstall actually works best when adding more than the pop music beats and grooves du jour. Electronics add layers to songs such the fuzzy guitar-feedback of “Difficulty” and the pop-rock earworm of lead single “Fade Like a Shadow”. The power ballad moment of Tiger Suit comes in the form of “Lost”, and its title reflects a recurring flaw throughout the album. Often the strengths of Tunstall’s smoky voice are lost in a sea of synths or under too glossy of a pop luster. Tunstall’s vocals are most compelling when singing on blues stompers such as “Madame Trudeaux” and “Push That Knot Away”. Album standout “Golden Frames” is a bluesy collaboration with Seasick Steve that is both haunting and seductive. Nature techno or not, Tiger Suit offers some intriguing moments not found often enough in the so-called adult top 40.