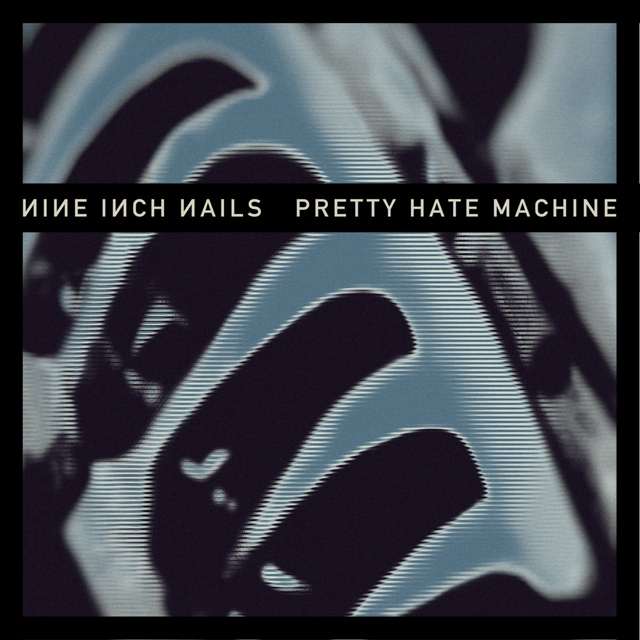 It is not everyday that one gets to milk nostalgia for an album review, but the reissue that invokes more mixed emotions than a game of strip-Pokemon is brought to you today by none other than Trent Reznor. Ladies and gentlemen, prepare to remove the Pitchfork from your collective rear, shed the horn-rims, and burn those “ironic” Dubble Bubble t-shirts, it is so time to get dirty in the club. Cue up the break-beats, people.

Pretty Hate Machine confuses Nine Inch Nails detractors in much the same way as Chumbawamba confuses anyone who heard “Tubthumping” for the hundredth time, only to be caught off guard by the UK act’s latest foray into acoustic anarchy, ABCDEFG. If your sole experience with Nine Inch Nails was once like my own, buried between The Downward Spiral and With Teeth, this 1989 debut might get lost in translation. Pretty Hate Machine is the primordial soup of NIN: ’80s New Wave synth and mild industrial deference, a result of DIY demos and youthful tenacity.

As previously stated by fellow CoS writer Joe Marvilli, this reissue comes courtesy of Reznor’s longtime pursuit to regain PHM‘s masters, having seen them tossed about like a ship in a hurricane after the original label, TVT Records, went under. Rykodisc unkindly doled out a half-assed 2005 reprint with no input from its creator, nor any attempt to doll it up properly, whereas 2010’s Pretty Hate Machine offers more deserving buzz while coming across as an act of genuine trust in its ’89 counterpart. The added benefit of sincerely introducing newcomers to Nine Inch Nails’ roots straight from the horse’s mouth feels exponentially legitimate, to boot.

At the outset, you get the all-too-memorable triple threat of live show staple “Head Like A Hole”, “Terrible Lie” (my personal favorite), and first single/guilty pleasure “Down In It”. Prime DJ fodder already, 2010’s edition amplifies subtle things throughout the entire album that stick out to those who know it well: raising the volume on clicks and hums at the “Head Like A Hole” introduction, beefing up resonance on every drum machine beat in “The Only Time”, buffing off excess static in the quiet moments during “Something I Can Never Have”, it is all there and then some. I feel safe in saying Reznor and his producer Tom Baker have ostensibly erased the 2005 mishap with their little gem, even if it occasionally just lets the prior cuts shine in more authentic late-’80s glory.

I won’t bore you with the step-by-step review method on a record that has been in existence for just over 20 years; between a not-so-Guilty Pleasure piece and a harem of NIN followers who are already somewhat polarized with PHM, odds are the 2010 reintroduction is at heart a celebratory matter, with any residual outpouring of flocking noobs accepted as a happy, welcome side-effect (oh, the wonders of online streaming as our New Age word-of-mouth), even if some shrug this off as a glorified party favor. 2010’s Pretty Hate Machine is, first and foremost, a goth kid’s party in a slick case of mildly shinier remixing anyhow; to revisit the past at this juncture feels more appropriate than, say, when Rykodisc botched the job while Reznor tried to recapture a crunchy groove on With Teeth; all in all, if you liked it in 1989 or later, you will absolutely love it now, and if you did not, then you can be a wallflower for what your attitude is worth to me.

Anyone who is not accustomed to Pretty Hate Machine will get an echo of early mainstream industrial that runs the gamut between beat-driven ravers and Reznor’s Joy Division-reminiscent malaise taking form long before The Downward Spiral; those familiar that did not indulge in buying singles back then, you receive a treat with the “Sin” single B-side, a cover of Queen’s “Get Down, Make Love” (my second favorite here), while also getting some updated cover art to coincide with NIN’s current, much darker, modern motif. Those who remain otherwise non-dedicated, consider this the time to RSVP, given the rise in popularity of electronic music and indie-pop fusion.

My only true qualm with this so-called remaster is a lack of awe. When we first received word, I was so enthusiastic — being too young then to have really grasped the violent live shows, the Yamaha keyboard destruction, and so on — to savor the release of ancient NIN history with fresh ears. The “greatly improved sonic experience” we were promised does appear, albeit in moderate form, but there is a duality I cannot seem to shake: on the one hand, I love the first pressing, so I would not want it totally warped; on the other hand, after what amounts to Reznor’s pretty tumultuous struggle in snagging the masters back, I expected some kind of ample applause and a mind-blowing special package in tow (not to mention more than a few tweaks on sound).

By comparison, The Downward Spiral received massive fanfare (and rightfully so), some SACD traits, a ton of additional music, 5.1 Surround, and an extra decibel in volume; the good news is, PHM‘s reissue is not a contender in the infamous loudness war, thereby avoiding so much unsettling distortion in sound that we want to (manually?) blow up our iPods.

As a nice throwback while Reznor holds the Nails banner on hiatus, it is the danceable precursor to “Closer (Precursor)”. It is the dated-yet-eternal heartbeat of a man who once worked his day job to produce what became a genre-defining record. Pretty Hate Machine was exchanged, dusted off, reclaimed, remastered, and resold to us all, and it feels fantastic to see it again. If only my fat ass could rock fishnets like those ’90s kids — what a reason to diet, eh?