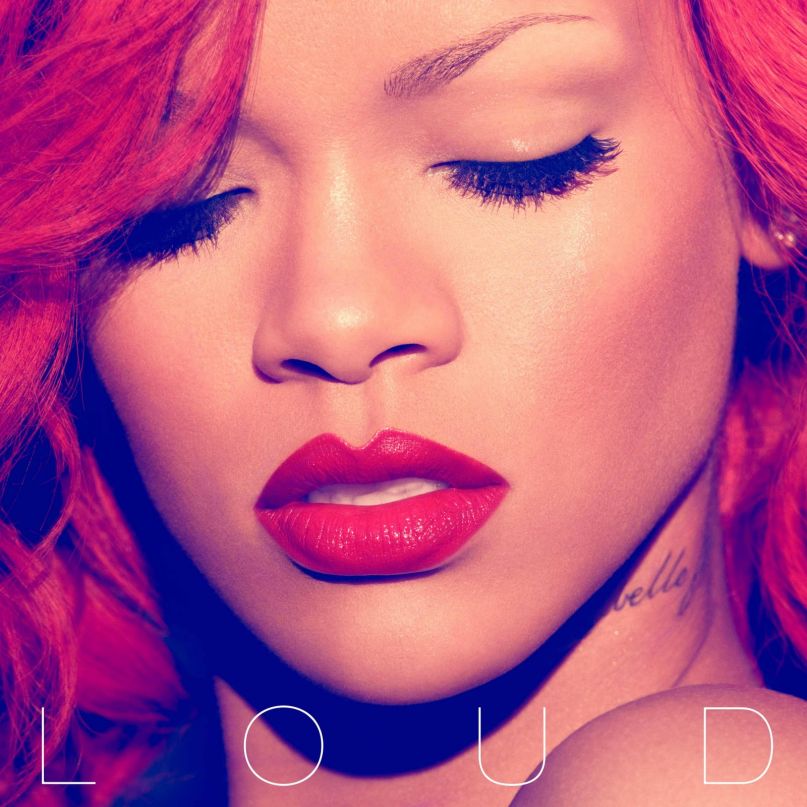 It was only during the second half of the Bush administration that Robyn Rihanna Fenty was scooped up by producer Evan Rogers and subsequently introduced to Def Jam CEO Jay-Z, who signed her to the label hours after her first audition. But her quick rise to the top — no kidding, she had as many Billboard number ones in the aughts as Beyoncé — and the myriad of stylistic avenues she’s taken make it easy to forget she’s relatively green in the industry. Sure, it’s a given that some artists mature faster than others, but Rihanna simply defied convention when she unleashed the brilliant Good Girl Gone Bad just two years into her career, lending her A-list star-power that she’s since leveraged into book and movie deals, philanthropic initiatives, fragrance lines, and more.

Achieving multi-platinum status the world over, Good Girl Gone Bad remains one the decade’s best pop collections, spinning off five massive hits and solidifying the young Barbados-born singer as one of the brightest of her ilk. Trouble followed, of course, when Rihanna became an unfortunate victim of domestic abuse at the hands of Chris Brown. And, while the world was already on her side, she showed a poise in the months that followed that propelled her to even greater heights in the mind of the public, using the release of follow-up Rated R not so much as a pity party but rather as an opportunity to drive her art into darker, more sinister depths. It didn’t produce another “Umbrella”, but in a way it didn’t have to; last year, we were fixated on the narrative of her liberation far more than any of her particular songs.

To her credit, Rihanna probably knew that Rated R would suffer to escape the shadow of her comeback from the Brown affair, which is one plausible reason that recording sessions for Loud began just a few months after the former was released. Arguably, she’s just incredibly prolific — this is her fifth album in five years — but even the proud title and striking imagery of Loud‘s packaging infer a kind of proclamation that screams “consider who I am now” more than anything else. Indeed, Rihanna moved on long ago. Now, she’s just waiting for us to do the same thing.

Rewarding if slightly inconsistent, Loud captures much of what made Rihanna so great on “Umbrella”, “Don’t Stop the Music”, “Disturbia”, “Rude Boy”, and the like — a believable set of sexy R&B and dance-pop that only fails when it tries to be too many things to too many people. As she’s shown in the past, Rihanna is at her best when she lets her playful sensuality and impassioned meditations on stilted love reign, and her only Achilles’ heel is the inclusion of a few thin, sophomoric ballads per album. Those missteps are more stylistic than anything else, seemingly situated in calculated fashion to offset the sexual, flustered tension scurrying all around them.

What she and her producers fail to understand, though, is that the public wants those coital waves to come crashing down, blanketing the earth in the seduction of Rihanna’s natural, Caribbean appeal. “I may be bad, but I’m perfectly good at it/Sex in the air/I don’t care, I love the smell of it/Sticks and stones may break my bones, but chains and whips excite me,” she sings on Loud‘s opener, “S&M”, a declaration of intent that would’ve held more sway if it wasn’t halted in the Pink-aping weekend anthem “Cheers (Drink to That)” just two songs later.

But this is this era of the single, so I suppose we should consider ourselves lucky that Loud is mostly great. To be fair, “Cheers …” and “California King Bed” are the only two tracks that are straight-up filler, although the latter, in its decent attempt to market RiRi to T. Swift’s crowd, probably wasn’t meant to be. Elsewhere, her sex is on fire.

The in-demand Norwegian songwriting duo StarGate aids and abets this tendency most convincingly, composing synth-heavy club bangers like “S&M” and “Only Girl (In the World)”, recalling their earlier triumphs for Rihanna in the form of “Don’t Stop the Music” and “Rude Boy”. But their talent is far from one-dimensional. “What’s My Name (Ft. Drake)”, an unhurried, futuristic R&B joint built around a tawdry conversation between the former lovers, has already become the first of Loud‘s number ones.

A similar atmosphere can be found in the southern rap beat of “Raining Men (ft. Nicki Minaj)”, the shuffling arpeggiations of “Complicated” and the dense pads of “Skin”, humming through altering hues of libidinous provocation. “Raining Men”, with its jovial assertion that there would hardly be a day when men weren’t easily replaceable, is clearly sketched for fun. “Complicated” is more earnest, a soaring, confessional track that laments that her beau is “not easy to love.” For its part, the Soundz-produced “Skin” combines these emotions into a five-minute space-hop excursion into the boudoir, driving deep into the id with an austere, though undeniably potent amount of minor chords and bass.

“Fading” and “Man Down” stand on their own sonically, the former a hopeful, piano- and string-based R&B “so long” song in the vein of late-’90s artists like Aaliyah and Faith Evans, the latter a direct nod to her Caribbean roots in the form of dance-hall rhythms and near-scatted melodies. Likewise, the album-closing “Love the Way You Lie (Part II) (Ft. Eminem)” follows the script of Part I closely, a melancholy acoustic arrangement sitting atop one big blown out beat. Only this time Rihanna’s powerful vocal holds court in prolonged measure, Eminem only entering with a verse toward the end that nonetheless reinforces the song’s intense subject matter with ease.

If it weren’t for the grab bag feel it gives off in small measure, Loud would rival Good Girl Gone Bad without much argument from anyone. It’s a dynamic R&B and dance-pop record that feels neither tenuous nor overwrought, striking about as clever a balance as one can strike in today’s distracted music economy. The genre-hopping missteps certainly hurt, but overall, Loud is exactly the record Rihanna needed to make right now. Indeed, unlike the hack sexiness of Katy Perry and Ke$ha, the sensuality and compassion on Loud is believable, plenty so to make us forget about her all too public misfortunes. Something tells me Rihanna will be thankful for that.