Sharon Van Etten – I’m Giving Up On You 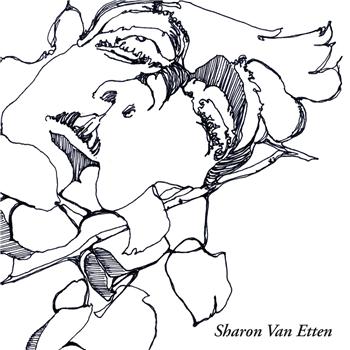 So, just about a month ago, Sharon Van Etten released her second full-length disc, Epic. Now, about 40 days later, she’s set with a two-song EP to keep the interest growing, something her resounding, rich, emotive voice does quite well on its own. This 7″ was quite tellingly recorded with producer Greg Weeks, member of psych folkers Espers and studio man for releases by Marisa Nadler and Bonnie “Prince” Billy. The expressive, smoky folk found at the core of those acts is here too, thankfully, but thoroughly Van Etten’s own brand.

The thick, sonorous guitar plucking that opens the title track is something beyond lush, the definitively low bass notes popping, the upper register loping together. There’s synth there too, a church organ-y consistency lingering at the back of the mix, as multiple Van Ettens form the choir to sing above it. The main Van Etten, as strange as that sounds, lets her voice roll out like a chilled fog, describing the dimly lit past, compared to the reality of the present. “Forget everything you’ve done, now it’s gone,” she charges before bemoaning her own inability to see. There’s even a quick allusion to Leonard Cohen in the line, “Bird on a telephone wire, thinkin’ ’bout flyin’ higher, you are the shoes hung on the line,” a neat jab at a former love. In all, the thing is somber, almost funereal. There’s no righteous fury here, no new love on the horizon, just a burying of the past.

The other track on the 7″, “You Didn’t Really Do That”,  starts off on a lighter foot. The strummed acoustic guitar swings like a gentle breeze, the bass plunks merrily along, and shimmering, sunny afternoon synths pluck out a melody. “The sun above your head, I am home,” Van Etten coos lithely, her voice beyond mellow. There’s something of a mixed message throughout, lyrically, between love and its cooling. “The stars are dead, but they still shed light” may be the best line on the song, the past and present intermingling in an impossibility.

Van Etten likely isn’t going to be putting out any club jams anytime soon, but she certainly can crank out gems of a certain type. This is deep, moving water, or maybe the kind of water that flows in your veins. Though it may just be two tracks, it’s still an impressive piece of work.