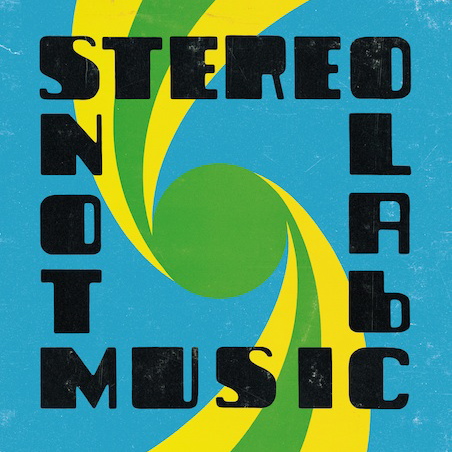 It’s hard to believe there won’t be another Stereolab album. While the Londoners went on hiatus last year, they’ve always seemed like one of those bands that was built to last, whether on your musical periphery or close to your heart. It’s impossible to say whether it’s the near-timeless croon of vocalist Laetitia Sadier or the old-fashioned newness of their world-flattening, Can meets Burt Bacharach melodies. But they just kept churning out solid, interesting music. This, sadly, marks the last of those releases for a (hopefully short) while, and these Chemical Chords castoffs, for better and for worse, can’t sate that appetite.

Way back in 2008, Chemical Chords garnered some pretty positive reviews, leaving others underwhelmed. Personally, I’ve found it to be a grower, gaining time in the CD rotation with age. As such, a disc of unreleased tracks from those sessions is welcome news. And the group doesn’t disappoint, leading things off with a stereotypical Stereolab track (at least from this era in the band’s evolution). “Everybody’s Weird Except Me” opens with counterpointing chugging guitar and vintage synths playing against an upbeat, skipping drumbeat and Sadier’s Nico-esque vocals, wordless harmonies backing like a girl group from a French New Wave film.

This same formula follows pretty well throughout, horns popping in here and there to say hello, everything staying cool like the soundtrack to a Wes Anderson scene set in a European lounge. That said, it never comes off as cheesy, forced, or an attempt to create a sound that will be cool. It just, flatly, is. On “Supha Jaianto”, for instance, Sadier’s oh-so-smoothly French accented vocalization of the phrase “subjective phenomenon”, combined with the far-flung, fringe-influenced music, manages to come off as endearing rather than overtly intellectual or distanced. Later, “So Is Cardboard Clouds” relies on twinkling synths and shape-shifting drum patterns to produce an ethereal atmosphere that wraps around the headphones like a blanket.

That said, there is something almost scientific to the way the most recent Stereolab music sounds, this album included. Songs like “Equivalences”, in which every note seems so precisely proscribed, can rub the wrong way; there’s not a ton of urgency, no chaos nor chance. But co-songwriters Sadier and guitarist/keyboardist Tim Gane are so good at precision that it’s hard to fault them for it. “Lelekato Sugar” coos 60s lounge perfection, while the new “Emperor Machine Mix” of Chemical Chords standout “Silver Sands” is (insanely) even dancier, even spacier, even more fun, returning to some of the Krautrock sound the band had previously enjoyed.

Later, “Two Finger Symphony” takes an incredibly simple melody and runs with it, instrumentation falling in and out of place depending on need. The almost funky “Laserblast” grooves on slithery bass and off-kilter percussion, Sadier’s gentle, haunting vocals the only constant holding the song together. Everything synchronizes on the closing “Neon Beanbag”, this time mixed by Atlas Sound, an eight minute space drone with orchestrated swirls of feedback and wooshes of white noise.

Everything is cool in Not Music land, and it’s a welcome place to visit. The only thing that nags is that this may be the last we hear of Stereolab for a while. This isn’t exactly the epic album to go out on, but it’s definitely a good example of the band at its best, in the style and manner in which they left us.