Tom Petty and the Heartbreakers – Damn the Torpedoes [Deluxe Edition] 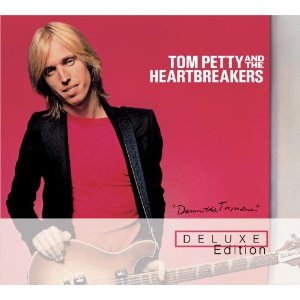 Some artists carve out albums, others issue singles. It’s hard to tell where Tom Petty sits. For the most part, he’s a singles man. In the realm of the universe, the majority of people who like or appreciate Petty and his Heartbreakers probably own his 1993 collection, Greatest Hits. After all, it’s the guy’s best-selling album to date, having sold over 10 million copies and been certified Platinum (Diamond). Hell, the album’s single, “Mary Jane’s Last Dance”, remains one of Petty’s greatest songs of all time. Why wouldn’t you feel inclined to buy it? It has everything you’d ever want from the Gainesville songwriter. Well, save for “You Wreck Me”, but that’s only because he wrote it the following year with Mike Campbell for his second solo album, Wildflowers. In all honesty, most fans would be safe in buying his Greatest Hits album and calling it quits. It proves that Petty knows how to write a tune and not really an album. Now, this would be an absolutely fair and sound statement, if only he hadn’t written and recorded his 1979 third studio album, Damn the Torpedoes.

Unless you’re a die-hard fanatic, you probably don’t know too many Petty albums outside of …Torpedoes – nor should you. It’s the one that brought him commercial and critical appeal, taking him outside of the nation’s peninsula and into everyone’s Trans-Ams, unleashing three, if not four, of the greatest songs of the ’70s. It also sports the most iconic album cover he’s put out. It defined him, really. The black sport coat, the sly, boyish smile, and the juicy reds everywhere. This is what the Heartbreakers would come to represent. Pure, unconditional rock ‘n’ roll. Not southern rock, not even garage rock, just straight up rock ‘n’ roll. Only with lots of heart ‘n’ flavor.

There’s really no complaints on Damn the Torpedoes. “Refugee” literally kicks things off, working off Stan Lynch’s trademark drum kicks and Petty and Campbell’s balmy guitar lines. Altogether, it just punches you in the same way switching from second to third gear would while powering down a lone, leaf-clogged highway. Then there’s the melody of “Here Comes My Girl”, essentially the only rocker any high school student ever needs to hear. When Petty croons the titular line, Benmont Tench’s piano work just hugs you. It feels genuinely youthful, and one would imagine it takes Petty back, even today. Other radio staples include the Billy Joel-channeling “Don’t Do Me Like That” and the riff ride “Even the Losers”. Without a doubt, these remain the album’s finest tunes, and, not coincidentally, they’re all on that pesky 1993 collection, too.

But four songs don’t make an album great. As for the remaining five, they all shine in their own respects. Actually, it’s almost impossible to dismiss a Petty tune. They might not be on par with his classics, but they’re usually everything you’d want in a rock ‘n’ roll song: heartfelt, raw, and empowering. “Shadow Of A Doubt (A Complex Kid)” coasts at 65 mph, “Century City” packs on more adrenaline albeit sounding a tad too Springsteen, and “You Tell Me” glows with fine organ work. The only two nearly forgettable tracks arrive at the end. They’re not bad songs at all, they’re just not that strong. “What Are You Doin’ In My Life?” feels like a weaker “I Need to Know” while “Louisiana Rain” treads a little water, although admittedly it’s a nice break from the long, speedy drive beforehand.

As a Deluxe Edition, however, Damn the Torpedoes feels more like an extended road trip. In fact, if you play it front to back, it sounds rather seamless. It’s almost as if the band wakes up after “Louisiana Rain” and continues jamming. The chord-cruncher “Nowhere” sweats with a ’70s fever, exuding this shuffle that, with only a tad more distortion, could have easily worked out for KISS. “Surrender” rings loud with melody, starry instrumentation, and a progression that’s programmed specifically for FM radio. Why they opted out of this song remains a mystery. It’s far stronger than “What Are You Doin’ In My Life?”, and it could have made for a powerful closer even. In fact, if one were debating on picking this up, this track would be worth the price of the whole package. No kidding.

The remaining tracks don’t offer as much, but they’re interesting enough. Petty beat Conor Oberst to writing about “Casa Dega” – after all, he only lived miles away from the town – but here it’s less of a folk number and more of an early ’80s jam. “It’s Raining Again” might draw up some nodding, if nothing else, while the remaining live outtakes and demos should whet any purist’s appetite. Let’s just say, thank god they worked out the kinks on “Refugee”.

Okay, so Petty’s strongest album might very well be his Greatest Hits collection. Musically, you’re really not going to miss much if you skipped over Damn the Torpedoes and became one of the 10 million or so who nabbed the hits set. But, you’d be skipping over a semi-important facet to Petty’s identity. Simple truth: Petty’s not so much of a lyricist as he is a songwriter. That explains why every one of his albums usually contain two or three diamonds and lots of, well, filler. However, there’s something intriguing about …Torpedoes, and it’s something Petty hasn’t accomplished again, even if he’s tried his hardest (e.g. 2006’s Highway Companion). Though fans and casual listeners could tell that Petty had his eye on Americana (see: 1976’s “American Girl”), it wasn’t until …Torpedoes that they could see where he was looking from.

While not a concept album per se, this record remains his only real cohesive collection of tunes that successfully paints a vivid picture of the band and the artist as a whole. What exactly is that? A slacker-minded southern boy with a heart that belonged neither north nor south, east nor west. That’s why he’s so damn universal and why it’s sort of unfair to pit him against either Skynyrd or Springsteen. It’s almost as if he’s the boy with no home. A Johnny Appleseed, if you wanna get literary. So, with that in mind, perhaps it’s more valuable to stick to this album than his hits collection. It might not sound as great, but, hey, you’ll walk away with something else. Still, “Mary Jane’s Last Dance”. Come on, man.