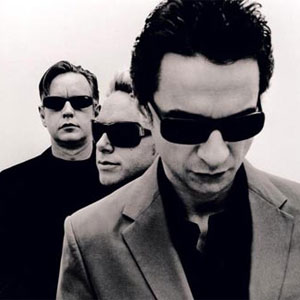 British new wave kings Depeche Mode have announced plans go the remix route for the next musical venture and it’ll come featuring some rather interesting contributions. Slicing Up Eyeballs reports, the as-yet-untitled release will contain remixes by former members Alan Wilder and Vince Clarke, marking the first time since 1981 that all original Depeche Mode members are featured on the same album. Clarke informed fans of his involvement via Twitter, announcing that a remix of Music for the Masses‘ “Behind the Wheel” was in the works. Reworkings by Arcade Fire, Yeah Yeah Yeahs, and Brandon Flowers of The Killers are also rumored to appear on the album.