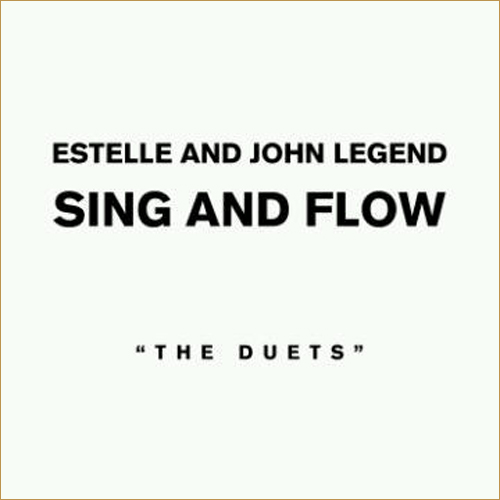 While you were entering a coma last night from your 10 plates of turkey and mom’s awesome stuffing, you probably didn’t hear that John Legend and singer Estelle (best know for “American Boy”) went ahead and dropped a free EP entitled Sing And Flow: The Duets (via You Heard That New). Now roll yourself off the couch and be grateful for something other than crescent rolls.

The release is actually made up of a few new-ish tracks as well as some older ones. Opener “Shiny Suit Pt. 2” is a version of the same track by Jay Electronica, where Estelle delivers a few verses while Legend does his soulful singing thing.  Next up is “You Are” from Estelle’s 2008 LP Shine and then “Freedom”, which is a remix version of “Free” from Estelle’s debut, The 18th Day, with a newly added verse by Talib Kweli. After that, it’s another The 18th Day track in “Hey Girl” and a cut from Legend’s 2008 Evolver, “No Other Love”. Wrapping up the album is “Come Over”, once more from Shine, before the album ends on a new track from Estelle’s upcoming LP, All Of Me, in the form of “Fall In Love”.

Download the entire EP here. We’re pretty sure this is a better deal than that $200 TV you woke up at 4 a.m. to get.