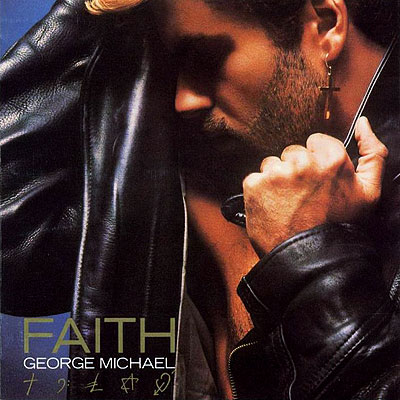 Trading in a squeaky clean image in Wham! for a pair of blue jeans and a leather jacket was the best decision George Michael ever made. The London native became one of the biggest pop stars of the 80s thanks to the immensely successful release of his debut solo album, Faith. Spawning six hit singles — the title track, “Father Figure”, “One More Try”, “I Want Your Sex”, “Monkey”, and “Kissing A Fool” — the record would remain on the charts for what seemed like forever, with Michael’s rugged good looks and overtly sexual videos becoming a mainstay on MTV in the process. Now, over 20 years after its release, Michael is preparing to release three different editions of the album that made him a superstar.

Scheduled for release on January 31st, Faith: Deluxe Edition is the first of three sets, not to mention the biggest and the baddest. This deluxe package contains a 2-CD set (a remastered edition of the original recording and a CD full of remastered singles and B-sides from the 7-inch and 12-inch pressings of the album), a DVD that includes a BBC television interview with Jonathan Ross from 1987 and Music Money Love Faith, the original electronic press kit with promo videos for all those singles, including the addition of the risque, uncensored version of “I Want Your Sex”.

Not enough George for ya? There’s more!

As is customary with all box sets nowadays, the Faith: Deluxe Edition also comes with a hardbound book containing photos, notes, and an interview with the man himself. Small fan-appreciated touches like the inclusion of ticket/tour pass facsimiles and poster prints, a replica of the original vinyl pressing, and the individually numbered black and gold packaging make the deluxe set extra special. This set is available by pre-order exclusively at the George Michael webstore, so head on over to reserve your copy. Better get on it soon, because the first 2,000 fans who place their orders also receive a limited-edition George Michael print AND a free download of a super ultra dance remix of “I Want Your Sex”.

For fans who love George but aren’t looking for the extra frills, the Faith: Special Edition set could be the one for you. The remastered 2 CD + DVD set contains all of the music and visuals without the book/memorabilia additions. There’s also the remastered Faith double-CD set if all you need is audio. Whichever way you take your George Michael, he’s provided a number of options for fans of all types to enjoy this landmark album.

As mentioned previously, the Faith: Deluxe Edition is scheduled for release on January 31st via Sony Music. The Faith: Special Edition and double-CD set will hit stores on February 1st.

Take a peek at the complete table of contents below: